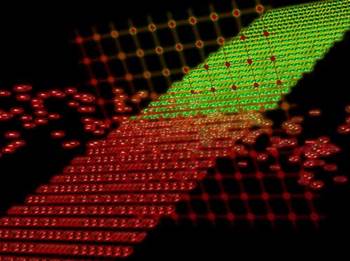 Internode has revealed its fibre-to-the-home plans [PDF] use asymmetric speeds to prevent customers from "swamping" the ISP's network using their higher uplink.

But all of the plans featured asymmetric speeds, starting with a base 25Mbps downlink and 1Mbps uplink, increasing to 50/2Mbps and 100/5Mbps.

Fibre connections typically provided an opportunity to offer symmetric services - that is, plans with identical downlink and uplink speeds.

Internode's carrier relations manager John Lindsay said the ISP had decided not to provide a symmetric service due to fears that customers could "swamp the network capacity very quickly with outbound traffic."

"We limit the [uplink] rate to prevent that from happening," Lindsay said.

"It's a network performance assurance strategy that has proven to be quite successful. As the [fibre] technology progresses, we'll see services move closer to symmetry."

Lindsay said Internode's fears were based on ADSL usage patterns on its network.

He said that customers were uploading more information than the ISP was sending back to them for six hours every day.

"It's the six hours when most people are asleep," Lindsay said. "They're probably running things like peer-to-peer clients that are seeding."

But Lindsay believed P2P traffic volumes were falling generally due to the increased amount of content available in ISP ‘freezones'.

Internode also said today that it would soon be signing on its 100th fibre-to-the-home broadband customer.

It sold services in Fernbrooke estate southwest of Brisbane, Lochiel Park in Adelaide, and the Alamanda Point Cook and University Hill communities in Victoria.

The ISP would also soon start selling services at Lightsview in Adelaide's Northgate area, and Parkbridge, a master-planned community in Middleton Grange, NSW.