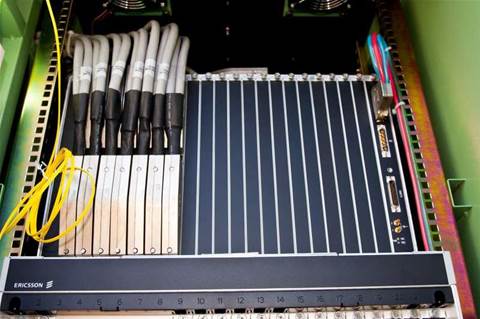 Plans five DSLAMs for the territory.

Internet service provider Internode has activated its first direct ADSL2+ services in the Northern Territory on the back of the Federal Government's $250 million Regional Broadband Blackspot Program.

The first equipment was turned online last week in Alice Springs, with a further four exchanges in Darwin set to receive equipment in the future.

It marked the first entry into the Northern Territory of Internode's own Agile network, allowing it to provide services over its own ports, rather than those wholesaled by Telstra.

The incumbent telco has to date enabled 22 out of a total 77 capable exchanges for ADSL2+ services in the territory.

Other carriers including iiNet and Eftel had established presences in a single Darwin exchange each.

The network, expected for completion next month, has so far established links in Geraldton, Western Australia; Victor Harbor, South Australia; Gippsland, Victoria and Alice Springs and Darwin, with a final link in Broken Hill expected soon.

Darwin, in particular, has traditionally proven expensive for backhaul due to the small number of wholesale carriers in the area.

The newly-installed national fibre backhaul had been targeted by several carriers as a catalyst for expansion, with Internode also using the links to install DSLAMs in Victor Harbor and iiNet offering direct ADSL2+ services in Geraldton.