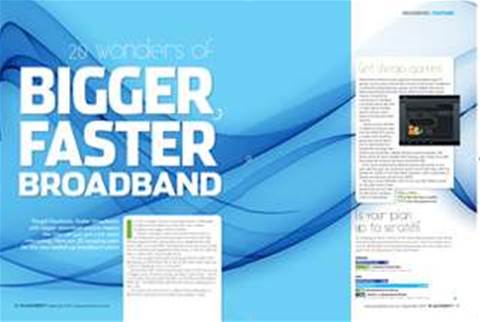 Internode plans to launch symmetrical high-speed broadband services up to 40Mbps in the Sydney, Melbourne and Brisbane CBDs after announcing availability in Adelaide CBD from today.

The ISP's product manager, Jim Kellett, said that symmetric high-speed DSL (SHDSL) equipment is relatively fast to install and that deployment would "ride on the backhaul network we've established for our DSLAMs".

"Our immediate focus is to address the CBDs in Sydney, Melbourne and Brisbane, likely in that order," Kellett said.

"We'll then go out to the inner suburban ring [in those places]".

He said that in Adelaide, this would include areas such as West Adelaide and Prospect.

Kellett also said that Internode is in the "initial stages of scoping out Canberra, Perth and Hobart".

SHDSL deployments in these areas will be driven by demand and - in the case of Hobart - by the introduction of the Basslink cable.

"[Deployment in Hobart is] dovetailed with Basslink," Kellett said.

"I'm very keen to get into that market but everything we do in Tasmania is on the basis of getting the backhaul connection costs down to a rational level. There's a lot of opportunity."

Internode's Extreme SHDSL product will deliver guaranteed up and downstream speeds from five to 40Mbps, the ISP said.

This means that a 10Mbps Extreme SHDSL service transfers data at 10Mbps in both directions 24x7, Internode said.

Kellett said the service is being targeted firstly at medium-sized, technology-focused businesses within the coverage areas.

He said that applications with more symmetrical traffic flow, such as IP telephony, together with IP videoconferencing and growing VPN use, are driving businesses to look for a service with a faster uplink.

Kellett said SHDSL was a good alternative to moving up from ADSL2+ directly to optical fibre Ethernet.

"It's an entry point that's perhaps 50 per cent less than the cost of Ethernet," Kellett said.

The fact that SHDSL is delivered using unbundled local loop could also reduce costs for businesses, particularly those that work out of buildings without fibre connections.

"If a building doesn't have fibre, there's often civil works required to connect it to the optical fibre network [in readiness for Ethernet]," he said.

Prices for SHDSL prices range from $700 per month for a 5Mbps service with a 25GB download quota to a completely unlimited 40Mbps service for $4000 a month.