Internode boosts US cable capacity by a third 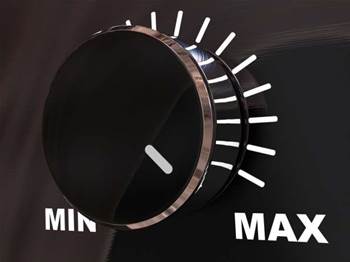 Internode's international cable capacity to the US is set to increase by a third after the ISP signed a five-year deal with Southern Cross Cable Network (SCCN).


Signed in January, the capacity boost will take effect by the middle of this year. Internode already has about six gigabits per second of international circuit capacity to the US through SCCN and Australia Japan Cable (AJC).

Internode Managing Director Simon Hackett said Internode customers would see the benefit of the new SCCN deal during the course of this year.

“We expect that the deployment of this new Southern Cross capacity will allow us to improve our download 'bang for buck' later in 2008,” he said.

"Rather than put all our eggs in one basket, we deploy capacity across multiple geographically disparate cable systems, both internationally and across our Australian national backbone, to deliver our customers the ultimate in reliable and fast Internet services."

According to telecommunications analyst, Paul Budde, the deal could potentially strengthen Internode's local presence to a level that may challenge key players like Telstra and Optus. He added that the main winners will be customers who will benefit from more competitive broadband prices.

“The price of broadband has been held rather high by Telstra and Optus, so having Internode in the picture adds a competitive element,” he said. “Long term contracts like the one between Internode and SCCN gets everyone nervous and creates a better environment for Internode to sign better deals.”

Since 2005, Internode has maintained two geographically separate SCCN links from Sydney to the US, one to Los Angeles and the other to San Jose.
Got a news tip for our journalists? Share it with us anonymously here.