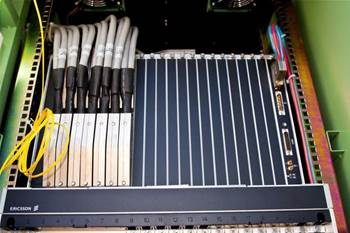 Internode has extended the reach of its broadband network overnight, allowing more customers to directly access its cheapest 'Easy Broadband' plans for the first time.

The ISP has gained access to iiNet's DSLAM presence in 242 exchanges, following its purchase by iiNet for $105 million in December last year.

Though now the same company as iiNet, Internode will effectively become an iiNet wholesale customer, a service the Perth company has provided to others like Vocus since 2006.

The move effectively doubles Internode's network and will also allow new customers signing up to the service provider to join either Internode or iiNet from this week.

It is expected to strengthen Internode's reach into Western Australia while filling blackspots or providing extra DSL capacity in capital cities.

Internode also started migrating 15,000 of its existing customers on Telstra and Optus DSLAMs to iiNet equipment earlier this month in what founder Simon Hackett labelled the highest customer-facing priority since the sale of his company to iiNet .

iiNet's acquisition of Internode in December has seen several merging processes and changes in the intervening months, a characteristic Hackett told iTnews flowed both ways.

While Internode benefits from a wider DSL network, iiNet has taken on several broadband plan characteristics from its new subsidiary, including bolt-on data packs and the removal of on/off-peak data quota periods for some plans.

"Part of me wishes they hadn't done that," Hackett said.

"I used to differentiate us against iiNet by directly saying, 'If you were an [dis]believer in peak and off-peak then come to us, if you want to optimise your life around the clock and write a script to download at 2am, then go to them'."

In the background, iiNet has also adopted much of Internode's extensive points of presence links internationally.

A migration of billing systems between the two companies - both of which were internally developed and maintained - is likely a long way off.

"It's not just iiNet getting stamped on top of Internode, we're very much blending things," Hackett said.

"They didn't buy Internode to make it dumb. The hope, and so far the experience is, there are a lot of smart people in both organisations that are actually having fun finding things to do."

Hackett acknowledged that the two companies were likely to "normalise" and conglomerate over time, realising the fears some critics of the acquisition still held since December.

But the founder, who distributed his sale to iiNet in cash and stock, said the Internode brand may never simply disappear for practical reasons.

"Even if the same person is answering the phone, if you were a regional customer, you considered Westnet provided a better service than iiNet did even if it was from the exact same iiNet customer centre," he said.

"In the NBN context, when we've all got the same network underneath us, in the same way that tomato sauce brands operate, if you've got a dozen small NBN providers to choose from and six of them are iiNet and you choose one at random, then half the time you get us.

"There's a pragmatic reason not to knock off brands that are working very well."