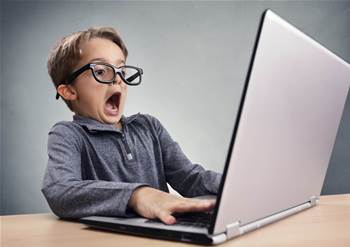 ISOC won the bidding to run .org in 2002 from the Internet Corporation of Assigned Names and Numbers (ICANN) and the contract was renewed in June this year.

Orginally .org was aimed at a non-commercial organisations and charities, although anyone can register a domain in the name space now.

Google for example uses a .org domain for its not-for profit efforts.

PIR was set up by ISOC to manage the name space, which is one of the internet's original top-level domains along with .com, .net, .edu, .gov and .mil. The first .org domain was registered in 1985.

Few details of the deal between ISOC and Ethos Capital were published, including how much PIR sold for.

According to figures published by PIR, there are 10.3 million .org registrants currently, each paying a capped US$9.95 a year.

However, ICANN in July this year removed the cap on .org domain registration charges, despite opposition to the move.

PIR's latest annual report shows steadily rising revenue over the past five years, with the registry bringin in US$93 million in 2018, resulting in an operating income of US$45.9 million.

Over the same period of time, PIR has contributed between US$30 million to US$70 million approximately per year to ISOC's coffers.

In December 2017, PIR used a cash surplus to fund an additional one-off contribution to ISOC of US$43 million.

Afilias is paid US$18 million a year by PIR to run the registration business backend for .org.

As part of the deal, PIR will consider moving away from being a not-for-profit to become a B or benefit corporation, a new type of United States business entity that allows for other missions than turning a profit.

Ethos Capital was set up this year by Erik Brooks who oversaw private equity firm Abry Partners acquisition of domain name registrar Donuts last year, along with former ICANN chief executive Fadi Chehadé who in May appears to have registered ethoscapital.org.

The chief executive of PIR, Jonathon Nevett, co-founded Donuts, and left his role at the domain registrar in October 2018.

After .org moved to the standard ICANN registry agreement in May with registraion cost caps removed, PIR was at pains to point out that it had the option of raising prices by ten per cent a year.

PIR said it had not done so the past three years, and sought to assure registrants that it would not hike prices unreasonably.

Vint Cerf, former chairman of the ICANN board and the founding president ISOC said PIR had exercised its stewardship to the benefit of registrants, and the Internet Society's mission.

"I am looking forward to supporting Ethos Capital and PIR in any way I can as they continue to expand the utility of the .org top-level domain in creative and socially responsible ways,” Cerf said in a statement.

iTnews has sought comment from ISOC and PIR on the sale.