Internet censorship not a vote-changer 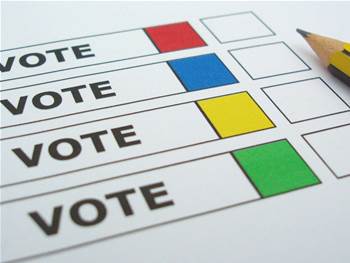 The Federal Government’s planned introduction of mandatory internet filtering was unlikely to change the way most broadband users voted in the next election.

The results of the 2009 Whirlpool survey, released overnight, showed 44.1 percent of the 23,683 respondents believed filtering would be a “key factor” affecting their vote.

Almost 40 percent percent of respondents indicated the introduction of filtering would “possibly” affect the way they voted but “not at the expense of other issues” while 13.3 percent said it would not change their vote.

The results appeared to the show the issue was a divisive rather than decisive one for Labor at the next election.

The survey showed some - but not all - of the Government’s messages around the need for filtering were getting through.

In particular, respondents believed it could restrict access to child pornography and “protect children from harm”.

The news wasn’t all good. Almost one in three respondents indicated they were still “unsure what sites might be filtered” under the proposal, draft laws for which were due out within months.

“The fact that almost 30 percent of respondents did not understand exactly what will be blocked is a testament to the vague and ever changing policy statements made by the Government,” Whirlpool said.

Most respondents also believed they - or someone close to them - could circumvent the filters. Over 80 percent either knew of one or more ways or were confident they could skirt the filters “given instructions”.

The survey also supported a number of assertions made by ISP iiNet in its copyright case against the film industry.

iiNet had argued that copyright infringement notices it received from studios included only IP addresses that identified a device - rather than a user - that was connected to the internet.

The user could be "be the partner, child, flat-mate, employee or customer of the account holder" or even a stranger passing an account holder's unsecured wireless network.

The results of the 2009 Whirlpool survey appeared supportive of that assertion.

Most broadband connections (41 percent) were frequently used by two people. Over 45 percent of connections had three or more regular users.

Almost three out of every four respondents also indicated they shared their connection via wired and wireless networks.

Arguments made in court on the benefits of supplying legal content also appeared well-founded.

Rich media content was not among the top five reasons why respondents indicated they had broadband. “Fast web surfing” was number one. “Watching downloaded TV shows” was cited by 53.2 percent of respondents and “P2P file sharing” by 47.9 percent.