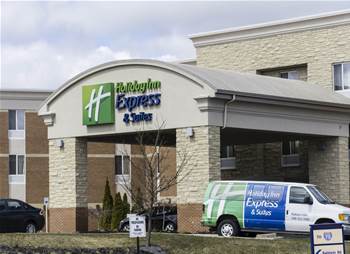 InterContinental Group is investigating claims of a possible payment card breach at some of its hotels in the United States.

The chain has hired a computer security firm to help with the investigation and would continue to work with the payment card networks, InterContinental's spokesman said.

The investigation was first reported by KrebsonSecurity on Wednesday.

A pattern of fraud on customer credit and debit cards was seen, that suggested a breach at some InterContinental properties, particularly at Holiday Inn and Holiday Inn Express hotels, the blog reported, citing sources within financial fraud prevention units.

InterContinental told KrebsonSecurity "we were made aware of a report of unauthorised charges occurring on some payment cards that were recently used at a small number of US-based hotel locations.

"We immediately launched an investigation, which includes retaining a leading computer security firm to provide us with additional support. We continue to work with the payment card networks.”

The news comes nearly four months after InterContinental's Kimpton Hotels & Restaurants said that an investigation had found a malware attack on servers that processed payment cards used at some of its hotels.

The breach follows similar attacks at Hyatt and Starwood Hotels & Resorts this year.