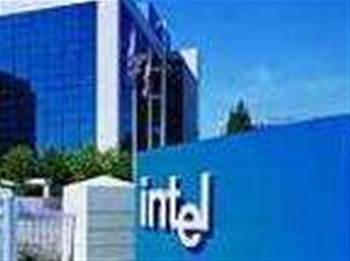 Intel plans to launch one of its last batches of Core 2 mobile processors towards the end of December, according to sources in the Taiwanese rumour mill.

Apparently December 28th is the launch date for a Chipzilla line up which should include five faster, lower energy consuming processors – set to consume no more than 35W – aimed at the ultra thin and portable notebook market.

The line up would probably also count the much whispered about 2.93GHz Core 2 Duo, dubbed the T9800, and also the 2GHz Core 2 Quad Q9000, the firm's first normal power quad-core processor for notebooks.

The chips will purportedly fetch US$530 and US$348 respectively (in bulk), pushing them more towards high-end and mainstream models.

Getting into the Christmas spirit, Intel has decided that as well as releasing its new line, it will also slash prices on current top-end Core 2 Duo P8600 processors by $32, pushing them down to $209 in January 2009.

The updates will be launched just a matter of weeks before mobile Core i7 processors are supposed to be launched. These should be faster than the December updates with comparable clock speeds.

DodgyTimes also reports that Intel’s P55 PCH Ibexpeak chipset, set to link up with coming soon processors, Lynnfield and Havendale, will probably be made available to motherboard manufacturers by Q3 of next year.
Got a news tip for our journalists? Share it with us anonymously here.
theinquirer.net (c) 2010 Incisive Media
Tags:
2coredecemberduoshardwareinintellatelaunchmoreto