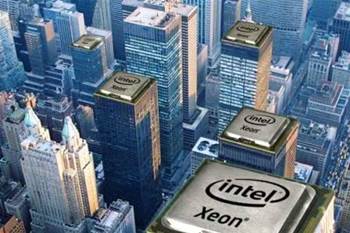 "This is the most significant server performance launch in Intel's history since the Pentium Pro processor in 1995.

"In 2015, architecture will be very different to what it is today. Customers are trying to reduce costs and complexity in looking to standardise their architecture.

"We see people wanting less architecture. This is a great opportunity for them to consider this platform as a way to move towards that."

Loehr added there is not a data centre today where customers are not looking at energy efficiency.

Intel has also unveiled the L5518 and L5508 versions of Intel Xeon processors.

Loehr said there are three pillars of a data centre; Compute; which carries the Intel Xeon 5500 platform with enhanced compute and I/O virtualisation.