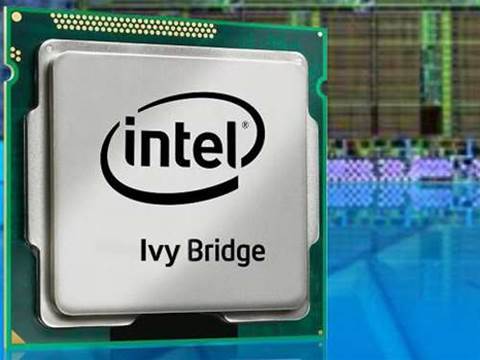 Weak growth ahead for chip giant.

Intel has forecast weak revenues for the current quarter, reinforcing fears that a wavering global economy and a lack of consumer interest are dampening PC sales.

Shaky economies in Europe and the United States and a growing consumer preference for Apple's iPad tablets have been taking a toll on the PC industry.

The company cut its 2012 revenue growth forecast to between three and five percent, down from a prior forecast of "high single-digit growth".

That put Intel's outlook in line with many investors' recently reduced expectations and helped cushion the drop in its stock.

"As macro events have transpired in the second quarter, people looked at the original high single-digit guidance as being stretched," said Craig Ellis, an analyst at Caris & Company.

"The Street would have been concerned had they stuck with that guidance — but they didn't."

Doug Freedman, an analyst at RBC, said Intel's forecast for the current quarter was less than normal.

"Normal seasonal PC demand would show Q3 growth of at least 9 to 10 percent and Intel's guidance is comfortably below that," he said.

Intel supplies processors for 80 percent of the world's PCs but it has yet to make significant progress in fast-growing tablets or smartphones, products that largely use chips based on technology from British-based ARM Holdings.

The world's leading chipmaker said revenue in the second quarter was $US13.5 billion, up from $13.03 billion in the year-ago period and lower than the $13.56 billion expected.

Intel said revenue in the current quarter would be $US14.3 billion, plus or minus $500 million. Analysts on average had expected $14.60 billion, according to Thomson Reuters I/B/E/S.

GAAP net income in the second quarter was $2.8 billion, down from $2.95 billion in the year-ago period.

GAAP earnings per share were 54 US cents. Analysts had expected 52 cents.

Shares of Intel fell 1.5 percent in extended trade before paring losses. It had ended about a percent higher at $25.38 on Nasdaq.