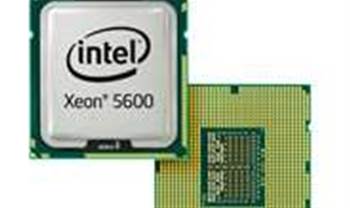 Intel has introduced its first six-core processors for servers and workstations based on its 32nm Westmere chip architecture, delivering greater performance and adding hardware support for encryption plus improved security for virtual environments.

Available immediately, the Xeon 5600 series supports four or six cores per chip, which means eight or 12 threads per chip thanks to Intel's Hyperthreading technology. It also delivers up to 60 percent greater performance than the previous generation of Intel Xeon processors.

Customers investing in systems with the new silicon will be able to replace up to 15 single-core servers with just one Xeon 5600 box, according to Intel, and see a return on their investment in as little as five months.

Rival AMD introduced six-core versions of its Opteron processors last year, and is expected to launch a platform codenamed Magny-Cours with up to 12 cores per chip later this year.

The Xeon 5600 series ranges in price from US$387 to US$1,663 in quantities of 1,000. Intel said the chips are compatible with all Intel server boards currentlym shipping that supported the previous generation of server chips (the 5500 series).

The former provides hardware support for the AES encryption algorithm, and was introduced with Intel's first Westmere chips back in January.

Intel's TXT provides hardware protection to prevent memory areas being accessed by software other than the application that owns them. In the Xeon 5600 series, this will deliver added security for cloud environments, according to Intel, where workloads are often moved around from one machine to another.

Vendors including Dell, Fujitsu, HP and IBM are set to announce new systems based on the Xeon 5600 series in the near future.

HP said it is expanding its sixth-generation ProLiant server line-up with 16 models based on the new chips, including tower, rack-mount, and blade versions, set to be available from the end of March.

Got a news tip for our journalists? Share it with us anonymously here.
Copyright ©v3.co.uk
Tags:
chipchipshardwareintelseriessixcorexeon