Intel agencies eye off blockchain to track data use 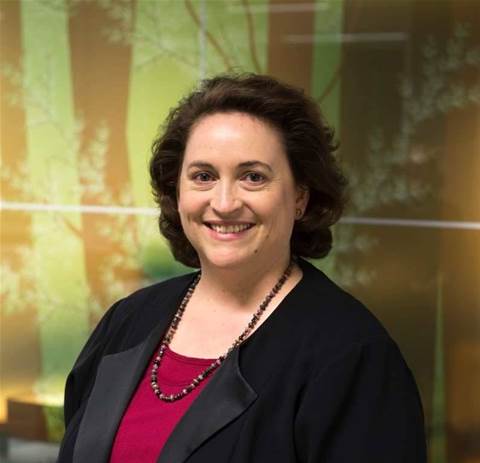 What is valuable, what's a waste of time?

AUSTRAC CIO Maria Milosavljevic thinks she could be on the verge of cracking the information feedback conundrum that has followed her through a career in government intelligence.

Her “lightbulb moment” came when she realised distributed ledger technology could be the secret to securely and automatically tracking which pieces of intelligence the anti-money laundering regulator and its partner bodies produce are actually useful.

Agencies like AUSTRAC and the Australian Criminal Intelligence Commission (ACIC) effectively have no way of knowing what happens to the intelligence products their analysts put together once they are sent out.

Short of users taking the time to pen feedback - which Milosavljevic says very rarely happens - they have no idea which products end up being the critical link to a secret line of terrorist funding, and which were a waste of time.

“We can see how many people download a report, but we don’t know how it is used beyond that,” she told iTnews.

Milosavljevic suspects blockchain technology could be the solution, and the federal government has offered up as much as $1 million to Australian businesses in order to find out.

The feedback challenge is one of five public sector conundrums that have been put to Australia’s SME sector under the guise of the Department of Industry’s ‘business research and innovation initiative’.

The commonwealth has offered $19 million worth of grants (in lots of $100,000 for funding and up to $1 million for prototypes) to innovators who think they can crack AUSTRAC’s feedback dilemma, or one of four other persistent public sector problems.

Milosavljevic hopes the scheme will unlock her vision for smart documents, which will contain embedded code that tracks how the documents are used, and then sends this information back to the intelligence agencies to measure the value of each product and prioritise resources accordingly.

“A large part of the job will be figuring out how to measure that value. Is it when someone has had a document open for 30 minutes, or when they have opened it several times?” Milosavljevic said.

Blockchain could be used to securely log each of these interactions and even to limit access to intelligence based on a user's security clearance, or automatically destroy components of information that is suspected of falling into the wrong hands.

AUSTRAC and ACIC think the information could also be used to come up with joint taskforces, such as when they discover interstate law enforcement units are looking at the same intelligence at the same time without being aware of their common interest.

Milosavljevic said consent mechanisms would likely have to be built in the system to allow law enforcement groups and stakeholders like big banks to control the tracking. She said she was open to non-blockchain solutions as well, as long as they work.

“The thing I find intriguing about blockchain is that it is a smart token,” she said.

“We are beginning to see code embedded into virtual things like information and currencies. They can execute that code under certain circumstances, which means you have control over making otherwise benign things into smart things.”