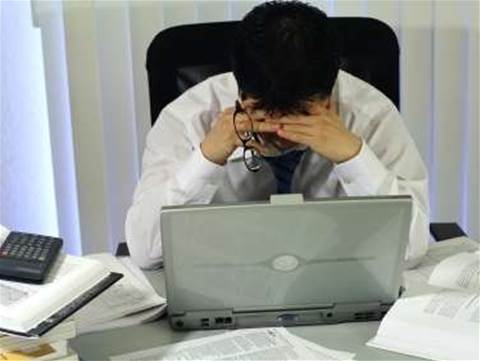 A recent study has found the use of instant messaging software in the workplace to reduce disruption.

The findings challenge the widespread belief that instant messaging, used in addition to phone and e-mail, may increase workplace interruption and reduce productivity.

The study was conducted by researchers at Ohio State University and University of California, and involved 912 people who worked at least 30 hours per week in an office setting and used a computer for at least five hours in a workday.

Researchers found that instant messaging was often used as a substitute for telephone, e-mail, and face-to-face communications.

While the use of instant messaging software led to more conversations on the computer, conversations were briefer and less disruptive than in other forms of communication.

Upon surveying randomly selected participants from 12 metropolitan areas in the U.S., researchers found that workers who used instant messaging in the workplace reported less interruption than colleagues who did not.

"The key take away is that instant messaging has some benefits where many people had feared that it might be harmful," said R. Kelly Garrett, co-author of the study and assistant professor of communication at Ohio State.

The non-disruptive nature of instant messaging is said to be due to how people are using the technology.

Researchers found that many workers use the technology to check in with coworkers to see when they are available, or to solicit quick answers to questions without engaging in longer, face-to-face conversations.

"We find that employees are quite strategic in their use of instant messaging,” Garrett said.

"With IM, people had enough time to learn about the technology at home and to find ways to use it productively," he said.
Got a news tip for our journalists? Share it with us anonymously here.