Inside the race to overhaul Medicare's payments system 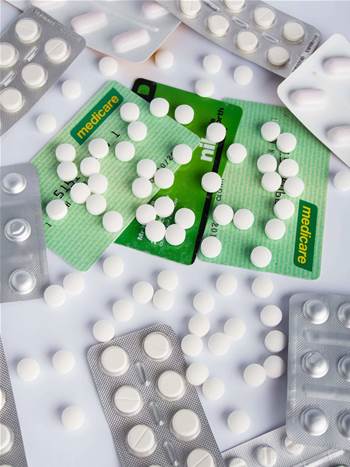 The state of the 30-year-old Medicare system is already making a lot of Canberra officials very nervous.

One source said it is “creaking at the seams”, and insiders agree there is a tangible sense of urgency in the public service when it comes to doing something about it.

While outages are rare, and its shortcomings aren’t necessarily felt at the patient end of the system, doctors are struggling with inefficient bureaucracy that the health system can’t get rid of because of its brittle legacy IT.

“We are already sometimes limiting policy options because of the nature of the IT system,” she told the Senate’s community affairs committee earlier this year.

With lines and lines of interdependent code built up over decades, changes are difficult and resource intensive, constraining the ability of the Medicare benefits system itself to be flexible and responsive to Australian health needs.

President of the Australian Medical Association, Dr Michael Gannon, said doctors have to deal with illogical and inefficient processes - like managing dozens of different provider numbers if they work across a range of different clinics and hospitals, or waiting on hold to the health department to get a prescribing exception approved - because of the IT limitations.

“When we ask for red tape reform, we are being told that the computer system can’t cope,” he said.

“The system is out of date and it will require substantial investment to bring it up to pace.”

Sterrenberg has said the payments system likely has only four years left.

“My advice would be that something needs to be done within that four-year period,” he said in February.

“[When] the new releases of the operating systems on the machines come out, the old software cannot fully run with them and there are incompatibility issues...it does become harder every year to do what needs to be done."

However, the public outcry at the privatisation option has almost sent the government back to square one.

What options are left?

There's little question within government that the Medicare payments system needs to evove from the age of homes without PCs to what the Prime Minister is calling “a smartphone era”.

But a spokesperson for Health Minister Sussan Ley said there was "no set timeline for a decision by the Commonwealth".

However, the government is "keen to provide much needed additional capability to update and modernise health and aged care payment services".

“The departments of Health and Human Services are investigating emerging digital technologies which can improve payment system delivery to millions of recipients every week," the spokesperson said.

Insiders argue the government needs to be eyeing off the same sort of automated fraud detection capabilities that alert your bank if a card is used overseas, and real-time payment integration that can take advantage of the Reserve Bank’s new transfers back-end.

But public sensitivity over privatisation and outsourcing, and Turnbull’s repeated insistence that the modernisation will be done within government, means Canberra will have to be extra careful about its options as it prepares to take the next step.

Ovum’s lead public sector analyst Kevin Noonan says this means any form of business process outsourcing is well and truly off the table, as is anything that affects asset ownership.

“In a sense the worst answer would be for the pendulum to swing all the way back in the other direction and for the government to start coding a whole new Medicare system from scratch," he said.

“They have to start thinking about the options in the middle.”

Noonan argues the most likely avenue from here will be to approach the market for one of two systems integrators, and a commercial off-the-shelf solution, in the same manner as DHS has gone about its Centrelink payments replacement under the WPIT program.

The government could even look at a white-labelled version of the kind of payments systems already used in the private healthcare sector, like the HICAPS patient billing solution, he said.

“Anything that doesn’t affect asset ownership of the final delivered systems is probably on the table."