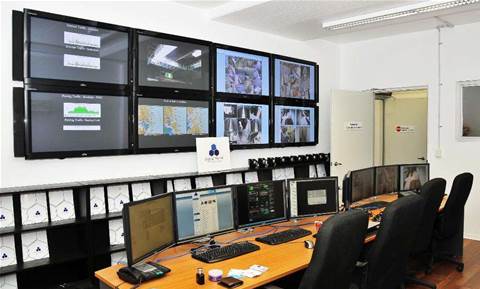 iTnews looks at how the Brisbane-based centre is enabling rack densities up to 15.2kW without sacrificing cooling efficiency and saleable real estate. And of course we have the first photos to prove it.

Digital Sense has found a way to boost rack densities up to 15.2kW or 4,000W per square metre using an innovative raised floor and supplemental cooling solution to maximise every inch of available floor space (see photo gallery right).

The company claims to be one of the first in Australia to run a facility of its size at this density and is already planning to push the envelope to 25kW per rack at its sister site, Data Centre City, which will begin construction this year.

This is the equivalent of between 7.6kW and 15.2kW per rack, according to Digital Sense co-director Michael Tran.

“Most of the [customer] interest so far has been around the 7kW mark, but there’s certainly a lot of interest in going to higher densities,” said Tran.

One of the major challenges for Digital Sense in constructing a high-density data centre was the lack of equivalent reference sites in Australia.

Tran and co-director Daniel Ngo joined Emerson Network Power on a data centre tour of the United States. The tour covered facilities operated by the likes of mortgage broker FannyMae’s and Equinix, and weren’t limited to Emerson customers, according to Ngo.

“A lot of the technology and ideas we saw in these data centres we brought back with us and adapted for our design,” said Ngo.

“For example, we brought back a lot of ways to trap cold air in the aisles and to cool specific areas of the centre rather than the room itself.”

Tran added: “We really got to see the advantages and disadvantages of the systems they used, and how we could pull that across and tie it back into our design.”

One of the major challenges for Digital Sense in designing the facility was finding room for the extra plant needed to support a denser configuration without impacting the amount of floor space available to sell.

This became a core feature of the design process. Ngo said that Digital Sense re-designed the centre’s architecture some 16 times before they settled on the final plan.

“One thing that really took us by surprise was the loss of real estate space that turned into support space [to enable denser configurations],” said Tran.

“Instead of the normal 2:1 ratio of data centre floor space to support space, it flipped around to 6:1 - in other words, six times as much support space as floor real estate was needed.”

Read on to page 2 to see how they put the floor space ratio back in their favour.

Digital Sense started to look for ways to maximise its available floor space. It started by re-designing the traditional raised floor.

“We were getting a lot of pressure from customers with mainframes or SANs to put in a false floor [rather than put racks straight onto concrete],” said Tran.

“We’ve put in a false floor that is very unusual – it’s lower and looks like it has a very small cooling capacity, but it actually has five or six times the cooling capacity of most other data centres and it’s also very strong.”

“Through that we’ve been able to cut the floor space that cooling units take up by up to tenfold,” said Tran.

“The big advantage [of supplemental units] is they are overhead so they don’t take up floor space,” said Peter Spiteri, Director of Marketing at Emerson Network Power Australia.

“It’s sensible use of vertical and horizontal real estate space. Traditional CRAC cooling units take the floor space of three to four racks, which is what the co-location datacentre makes its money from,” said Spiteri.

“It’s like high-density living for blade servers,” he said.

Spiteri said Emerson has also been able to take away some key learnings from the design and tour of data centres in the United States.

“We were exhausted by the process but some of the approaches Digital Sense came up with we’re now feeding back into future equipment designs,” said Spiteri.

“It’s been a symbiotic approach to the data centre design.”

The racks used by Digital Sense are an Emerson design made of extruded aluminium and feature a highly perforated door – rather than being ‘contained’. This is said to have been done to enable cool air to pass through the rack more efficiently and to allow easier access to equipment.

Power management rails are also installed in each rack to check the power draw at each rack unit.

“It’s all IP connected and an alarm is triggered when a piece of equipment hits a certain percentage of its load,” said Spiteri.
Multi page
Got a news tip for our journalists? Share it with us anonymously here.