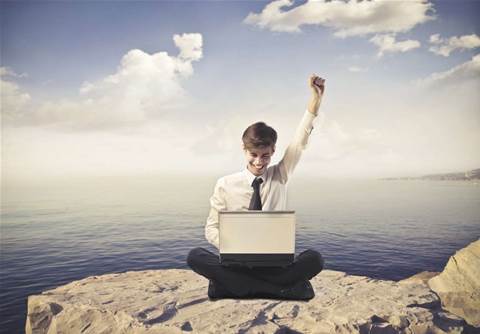 How the CTO 'decomposed' the business and built it back up.

News Limited’s chief technology officer is on a mission to move as much of his organisation’s internal IT operations onto hosted 'cloud' services as possible.

Tom Quinn has spent the past two years outlining a technology roadmap that will see 80 percent of the media behemoth’s systems shift onto third party platforms.

No secret has been made of the company’s investment in digital platforms to propel the traditionally print-focused organisation into the online era.

But Quinn has also been working in the background to restructure News’ internal IT systems away from a disparate, legacy environment built up during 100 years of operation.

Quinn’s main focus is developing a single system for each business function — editorial, content management, selling ads and customer relationship management among them.

Until recently, News Limited had 14 different editorial systems. It is around 70 percent of the way towards consolidating those into one system provided by Italian firm EidosMedia. The project has since been taken up by other News offices in New York and London.

News’ previous home-grown content management hub — which was built for the Sydney 2000 Olympic games — ran on 16 different instances and contains around 39 million images and every story from every paper News has published since 1980. It has been replaced with an enterprise content management product from OpenText.

“We need to be able to search content from the web — [for example, to] get every single Michael Jackson story we’ve ever done,” he told iTnews.

The influx of digital platforms for consuming media not only affects News Limited’s traditional model in terms of editorial, but also how it sells advertising. To enable ad booking across multiple platforms, Quinn and his team consolidated 14 different systems used for ad booking on the web, print, tablet and mobile into one.

News Limited is also in the process of migrating from Oracle’s Siebel to Salesforce.com for CRM. Advertising staff will be migrated in February, and News is also building a Salesforce instance for consumers in order to build customer profiles, Quinn said.

Human resource functions are also in for change— about 20 different platforms currently in use are likely to be moved across to a WorkDay platform in the near future.

News Limited is predominantly a Microsoft and Unix shop, but Quinn's push towards the cloud means it is unlikely to stay that way for long.

The firm has committed to Microsoft’s Azure platform to host its Oracle-based JD Edwards finance system, but Quinn is keen to avoid vendor lock-in when it comes to News’ new-world IT approach.

It is using Amazon’s Sydney data centre for its development efforts and is building up its big data capability via a Hadoop stack also hosted with AWS.

"We put as much as we can in Amazon because they are cheap and effective .. [but] .. I’m not fussed whether it’s Amazon or Azure or someone else. I want to run everything we can on the cloud,” Quinn said.

“Nobody offers everything. There are specialists in different areas and you like to keep suppliers honest.”

There is no hard deadline on when Quinn wants to achieve his vision of running a majority of systems in the cloud.

He expects in two years, 80 percent of the nominated business functions will be on some form of cloud platform.

“I don’t think it will ever stop,” he said. “We’ve got a heap of smaller components and some will work, some won’t, so we’ll continue to mix and match and swap to continue to optimise the outcome for our business.

“We want more collaborative and modern thinking inside the business,” he said. “It’s more consumer based, and it’s what people use at home.”

Data centre consolidation is also on the cards for News Limited.

The company currently has two major centres in Sydney — one in Macquarie Telecom's Intellicentre — but it wants to slim that down to one facility within the next couple of years.

The company is continuing a drive to consolidate the number of applications it supports.

Quinn said News currently has 48 percent of its 142 major applications hosted by third parties, but there are “still plenty to go”.

The number of applications in News' environment has slimmed down from 1500 several years ago, and Quinn wants to cut it even further to around 42.

“We’ll eliminate some, some are duplicates that we can get rid of and we’ll move what we can. There’ll still be little PC apps about, but it’s the systems that are big enough to worry about that we’re looking at.”

News currently has an IT headcount of around 500 full time staff and 300 contractors  - down by around 150 in recent years due to pressure on the media industry.

“Part of the problem with long tenure is the capacity to change,” he said. “We’ve got to teach the IT team to be nimble and fast, or get people who are.

“We’ll put people in different spots, and over time numbers might fall but it’ll be two years before we start to see that.

"Certainly the model is changing and people need to be aware of that. We’re all adults and we need to know things are changing."