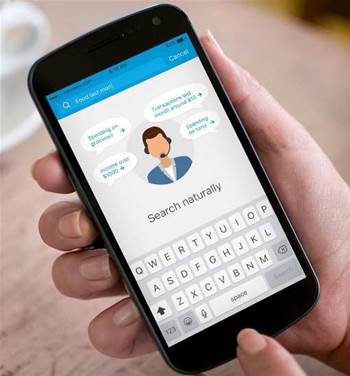 Macquarie Bank is hoping to differentiate itself from rivals in the fiercely competitive digital banking space by using machine learning and natural language processing tools to give its customers detailed insight into their finances.

The bank last week unveiled its new online and mobile banking platform for personal banking customers, a vastly significant upgrade from the online-only platform customers have been using to date.

It’s quite a few years late to market with such an offering, but decided to forego the competitive advantage that comes with being a first mover to wait until the stars aligned with its core banking overhaul and until it could deliver what it considers a truly differentiating offer.

In designing the new platform - which consists of native iOS and Android apps and a website - the bank said it looked to customer experiences delivered by the likes of Netflix, Facebook and Spotify to create an offering that would compete with “the last app a customer used”.

As a result, Macquarie Bank personal banking customers can now use tools underpinned by machine learning and natural language processing technologies to tag and track transactions, automatically categorise spending, and “search-how-you-speak”, among other things.

Macquarie Bank has relied on the open source community for much of the technology underpinning the new platform.

Its architecture is built on the Apache Cassandra open source database, Spark data processing engine, and Solr search platform, wrapped up in the DataStax Enterprise platform.

“We selected Cassandra due to its elastic linear scale, tunable consistency, in-memory capability and peer-to-peer architecture. Spark was implemented to provide near real-time stream processing and in-memory distributed computing capability with support for machine learning, and Solr for its search and indexing,” digital architect Rajay Rai said in a case study.

“The key benefit of using these technologies ... is the co-location of the data and technology with Cassandra and Solr for search and Cassandra with Spark for analytics. This results in the real-time nodes having access to data instantly and not requiring time-consuming or costly ETL processes to move data between systems, because all the data is transparently replicated in the cluster.”

The bank has employed Google and Apple’s voice recognition technology - both of which were opened to third-party developers this year - to tackle the speech-to-text conversion, then its natural language processing tools (built using technology from Stanford University’s SRI International, which created Apple’s Siri) kick in to deliver search results to consumers in human-readable form.

However, Macquarie made the decision to build its own machine learning tools in-house.

“Our mindset here is that we’ve built where we saw a point of difference or a capability that wasn’t as developed as it needed to be,” head of personal banking Ben Perham told iTnews.

“But in other areas we are very happy to consume something that other people already do well.”

The bank found that while the market offered “a lot of really good” machine learning algorithms, none were as tailored to the financial services market as Macquarie Bank needed them to be.

So it hired a number of machine learning engineers and mathematicians to create its own algorithms using the Python engine within Cassandra.

“[Existing algorithms] are really good for when you are doing comparators - when you are trying to say things like, ‘if this is a cat, search for all the different cats in the world’ in terms of photos,” chief digital officer Luis Uguina told iTnews.

“But in our space it’s not easy to have really good tools and algorithms that understand the complexity of the financial services industry.”

These algorithms are used to trawl through an ever-increasing amount of data: Macquarie Bank has made the decision to store all transaction data for the new platform indefinitely. Banks traditionally only make six months of data available to customers, after which point they resort to statements.

“Our mindset is all history, all available online forever,” Perham said.

He declined to comment on the storage technologies underpinning this new approach and the cost involved, saying only “the value stands up for us”.

In a sector where banks are falling over each other to announce support for Android Pay or unveil apps for smartwatches, Macquarie Bank’s digital offering is somewhat late to the game.

But the bank’s tech executives say it was more important to wait until it had its cards lined up with its core banking overhaul than to rush out with a service that wouldn’t be able to provide the customer experience it wanted.

“There was an opportunity to replace our core banking platform and a need to move to a real-time system, and that combined with what we saw as rapid adoption by Australians of digital banking gave us the view that to really deliver exceptional customer experience, having the full technology stack in sync is really powerful,” Perham said.

The bank chose SAP’s Banking Suite as the technology and Accenture as its delivery partner in 2014 for its five-year core banking overhaul, which will consolidate a range of disparate back office systems.

The first service to run off the real-time platform was a transaction account in 2015. Once fully implemented it will span all loan and deposit products and services.

This is why the new online banking system is currently only available to Macquarie’s personal banking customers, or those who have been shifted across to the SAP platform.

Perham cited the introduction of one-click opening of a savings account as an example of why it made sense to deliver the digital banking platform to customers that have already been migrated to the new core.

“You can’t do that sort of thing unless your core back-end is talking seamlessly to the front-end,” he said.

“The front-end can make it look like it is seamlessly doing that [opening an account with one click], but for an account to actually open and your BSB and account number to appear on the screen within a matter of seconds, that is not going to happen with a legacy system.”

Business banking customers will need to wait until they are moved onto the core banking system before they can access the digital banking offering. Macquarie is yet to provide a timeline for that part of the migration.

It is currently just over the halfway point of the five-year core banking overhaul.