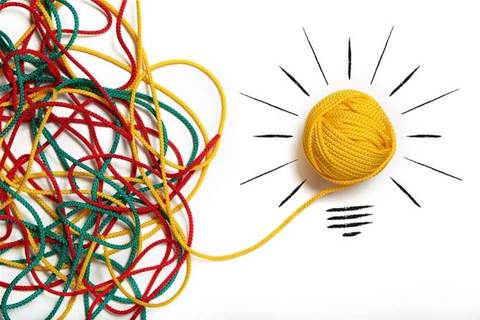 Data analysts with an ear to the job market will have seen a steady stream of positions vacant at the mysterious Solution 49x.

And it is growing rapidly, hiring some 30 staff since it launched into the market in October 2015.

Solution 49x lead partner Rod Bryan sees the unit’s role as finding practical ways to embed and eke value from artificial intelligence and other forms of advanced data processing in the enterprise.

This profile is part of a feature on the AI efforts at Australia's big four audit firms. Find out more

“Analytics in and of itself adds value to an organisation but actually ensuring that an organisation makes use of the outcomes is a very different question,” Bryan said.

“It’s a little bit like being smart is one thing, but being practical and smart is another. Clients in our experience are really saying ‘I’ve got so much analytics that actually more insight doesn’t really solve more of a problem for me’.

“There are now enough people in the market place that have twigged to the fact that more insight doesn’t change what a business chooses to do, and it’s those people that are beginning to ask the really fundamental questions around how to actually change an outcome as opposed to add more insight."

Bryan cites an example around customer data: “Knowing more about your customer is really interesting, but knowing how to process-orient that and have it so that as a customer I feel the difference in the experience I had as a customer - that’s a very different equation.

Bryan said the company is attempting to “hire as many good people as we can find” in its fast-paced AI recruitment drive.

“We’ve just hired another two machine learning specialists this past week, and we will continue to do that as we find the right people,” he said.

For Solution 49x’s “right” person, deep analytics skills are a given. However, the unit is also chasing a subset of people with broader abilities.

“We want really deep specialists but people who can pragmatically move from creating a specific insight to working on how to embed that insight in a business process and solve a real question for the business on a continuing – not one-off – basis," Bryan said.

“We tend to be [after an] interesting mix of architects, analytical consultants at a process level, and those with deep analytics skills along with a surrounding flavour of some specific application skills.”

The unit is also able to lean on “a very extensive network of people” externally, as well as other internal KPMG resources, such as the firm’s data and analytics group for ETL (extract, transform, load) skills.

“ETL’s a really important part of a total solution and we don’t want to double up on those skills when they’re readily available in the firm,” Bryan said.

“We leverage the broader capabilities of KPMG where possible. It’s a classic hub and spoke model."

Earlier this year, KPMG signed on to apply IBM’s Watson cognitive capabilities to its own professional services offerings in the US and UK. Last week it extended the agreement to cover Australia.

One of the early initiatives is around teaching Watson to assess and audit large volumes of financial information.

“Strategically, Watson is really key to us but it’s early days,” Bryan said.

“We’re currently skilling up and have begun the journey of putting it into practice in terms of the work that we’re doing.

“In three months’ time we’ll have very specific examples we can talk to but at the moment it’s still very early."

While KPMG is a user of Watson, Bryan said KPMG is doing so for its own benefit, rather than as a kind of “dogfooding” vehicle to learn about how the technology might be applicable to its customers’ environments.

“Dogfooding is true but it’s discrete to what we’re doing in the client world as well,” he said.

“We’re not learning about Watson internally to take it to market. What we’re doing is developing the transformation of our own business with cognitive capabilities where appropriate and we are doing the same for our client base.”

“The reason we’re keen on Watson and have chosen it as a platform for our own work is the open APIs, the natural language processing, the sheer scale of the platform itself, and the fact that there is so much investment to make Watson globally available through the IBM organisation,” he said.

“It is also a truly cognitive platform. What I mean by that is it has the intelligence to rationalise and ‘think’ in a cognitive sense.”

Even so, the firm isn’t getting too carried away - it is more likely to hedge its bets on cognitive and other AI platforms.

“There are a number of cognitive platforms coming down [the pipeline]. It isn’t just [about] Watson,” Bryan said.

“Our view is that while our internal project to transform our own business is definitely aligned to Watson, we’re also working with other organisations that have cognitive capabilities to create the best option when it comes to our client requirements.”

Find out how rivals EY, Deloitte and PwC are using AI and cognitive computing technologies