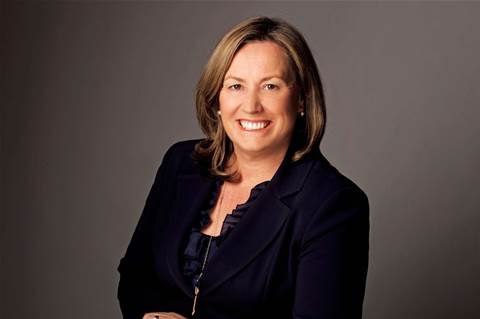 How it overcame a provider change midway through the project.

"What that means is we can reduce project delivery times and we can bring forward revenue benefits to our businesses because they can deliver new products and services quicker," she tells delegates of the Australian Data Centre Strategy Summit last week.

That improvement estimate, she adds, is "conservative".

"I think we can do better," she said.

Bourke's team oversaw the establishment of new technology foundations as part of the 'Building Future Ready IT' program, which was announced in 2010 and for which work began in 2012.

While plenty has been written about the strategy - aimed at rebuilding IT to underpin digital disruption at Australia Post - until now little has been detailed about how Australia Post ran and managed to complete it in the assigned two-year window, through business-as-usual challenges and a couple of curveballs.

In reality, the implementation team had less than the assigned two years to transform IT as the project spanned several blackout periods where no changes could be made.

"We had some incredible obstacles to navigate," Bourke said.

"We had people calling elections, which is a peak time for Australia Post because of all the information you receive in your mailbox. We have to make sure that we restrict change during those periods to protect revenue.

"We couldn't touch our Christmas-ready period for similar reasons."

"This was a group of critical business stakeholders that helped us navigate the best change windows to minimise the impact on our business," Bourke said.

"We had a fairly consultative approach with the business all along with change windows, but we did ask a lot of the BOWG because timeframes change and you don't necessarily always have visibility of all the priorities in the business.

"They provided amazing support for us."

Australia Post used the Australia Day long weekend in early 2015 to perform the final "lift-and-shift" of IT equipment and workloads into its two state-of-the-art data centres, which it runs in an active-active configuration.

The two new facilities are NextDC's M1 in Port Melbourne - which Australia Post internally refers to as 'DC1' - and Fujitsu's revamped Noble Park facility, known as 'DC2'. The company laid its own dark fibre links between the two facilities, which sit approximately 35km apart.

Both facilities boast attractive 'green' credentials: M1 is home to a large solar array while Noble Park is a NABERS-rated facility.

Bourke estimates that Post's carbon footprint is down 1500 tonnes a year after consolidating its old, geographically-dispersed data centre and computer room footprint into the two outsourced facilities.

While M1 was always part of the migration plan, Noble Park wasn't.

"We didn't start with Fujitsu [for DC2]," Bourke said.

"Our first incumbent didn't work out from a commercial construct perspective. We had to make a pivot - we changed providers."

While it was the right decision, Bourke notes it "put enormous pressure on our timelines" for implementation and cutover.

"But choosing the right partner and being able to work together with a shared purpose of those timelines and clawing back that time was critical to our success," she said. "To their credit, Fujitsu and our team did an amazing job to hold the [existing] timelines [despite the change]."

The sudden need to shift providers also confirmed Bourke's approach to "always have a plan B," she told iTnews on the sidelines of the summit.

With data centres selected, Australia Post strategised on how best to move its workloads while minimising business disruption.

"The implementation team came up with six key strategies, all based on reducing the risk of that final lift-and-shift," she said.

"All of that reduced what we had to then undertake in that final lift-and-shift on the Australia Day weekend," Bourke said.

"On that weekend I think we moved about 1100 devices in about nine trucks over four days. The final move was on Australia Day - it was incredibly complex and was planned and executed by a dedicated and wonderfully talented team.

"We promised the business that we would be finished by midnight on the Monday and we finished half an hour to spare - a great indication of great planning."

However, the cloud is the target platform "for all ... new digital assets", and Australia Post also wants to see what legacy applications could run in there.

"We've gone from having no cloud environment to 12 months later having almost 20 percent of our workloads in the cloud and having a healthy pipeline of candidates to migrate," Bourke said.

One of the keys to success for Australia Post in driving applications into the cloud has been the development of its Cloud Aware application framework, which Bourke said is "focused on changing the way we engineer our services today. It's an instruction book for developers on how to build cloud-ready applications."

The company also developed a Cloud Aware readiness assessment to "run over our legacy applications to determine which ones we could move across to the cloud".

In addition, Australia Post has invested considerable energy in automation and orchestration of cloud and IT service provisioning, which internal users can access via a service catalogue.

"Of course cloud and high availability data centres are important, but unless you can weave all of this goodness together to accelerate and smooth service delivery you don't really have anything," Bourke said.

"We had done a lot of work on our infrastructure blueprints. It was critical we then looked at what were the key things that we were provisioning, and we built standards and patterns that could be reused and made available through a service catalogue."