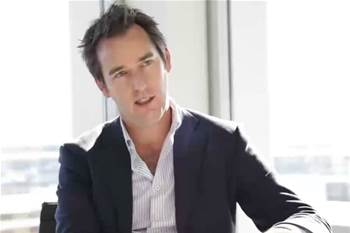 Moves 'Bank in a Box' concept to production.

ING Direct Australia is set to rebuild its primary data centre environment over the next 18 months in a bid to halve the cost of operating the facilities.

The bank has some 170 TB of storage, 1000 virtual servers and a range of Cisco, Unix, IBM AIX and Oracle technologies in its co-located production data centre and in-house disaster recovery facility.

Chief information officer Andrew Henderson said he hoped to consolidate and commoditise the bank's database, storage and compute platforms, with a view to adopting a cloud model by the end of 2015.

“In the data centre now, I might be running seven different operating systems,” he told iTnews.

“Now, we’re really challenging ourselves to simplify that down to two.

“That means we’ve got simpler operating processes, simpler standards for baselines and builds, simpler audit frameworks, less variation in the skills required to run those environments. So the whole thing gets optimised.”

In March, ING unveiled a heavily virtualised “Bank in a Box” platform for testing and development, built on Cisco, NetApp and Microsoft Hyper V technology.

The commodity platform allowed bank staff to stand up virtual instances of ING’s banking platform to patch, modify or extend within minutes.

Henderson said he hoped to apply the concept to ING’s primary data centres, aiming to fund new technology projects from any resultant savings.

“At the moment, 65 percent of our operational budgets are running towards production operations,” he said.

“The rest would be driven into our discretionary change program for projects for supporting the business portfolio.

“Really, we want to switch that over so 35 percent would be running operations [and] the rest goes into … new services, new capability, new products, new customer experiences.

“Going very aggressively into the commoditised areas and standardising on that will allow us to actually focus more on the customer, which is where we need to be.”

Henderson said ING Direct watched what its competitor banks were doing “to some degree”, noting that they were “all running at a different pace with some different focus areas”.

“At the end of the day, we have a great opportunity at ING Direct because we have a nimble environment as an organisation, so we can deploy things very quickly,” he said.

“I think our biggest challenge is, what is it we would deploy that would be most useful to our customer.”

A pipeline for innovation

Henderson said it was “critical” for ING to establish an operating model that would deliver innovation in its digital channels “much faster than we have been in the past”.

“One of those first moves has been introducing Bank in a Box,” he said.

“We’re now looking at other things that need to come into play so that release of new capability is done much faster.

“To do that, having a pipeline of fantastic ideas which we can innovate with is really important. We’re doing a lot of work in that space right now.”

Henderson said he planned to “optimise” the team in the coming years, to support ING’s new data centre strategy.

“It’s one thing to put infrastructure in place; you’ve got to have the right capability, processes, skills, practices overarching that to make that work,” he told iTnews.

“How we optimise that model is a really key strategy for us over the next couple of years.”

Henderson would not reveal which of ING Direct’s vendor relationships were likely to change as the bank developed and implemented its new data centre strategy.

He said the bank would likely look for technology partners with the same, strong “cultural alignment” as it found with NetApp, Microsoft, Cisco and Dimension Data for Bank in a Box.

“I don’t have any strong preferences yet; we’ll go through a due diligence on those technologies, those partnerships,” he said.

“We are challenging the status quo in a number of areas; we want to have the technology stack that’s best for ING Direct moving forward.”