ING moves to next stage of IT overhaul 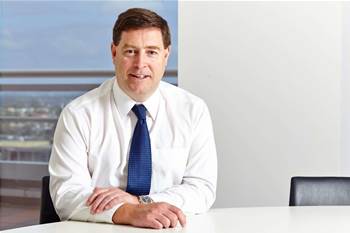 No rest after ticking off ‘Zero Touch IT’.

ING Direct’s IT team will not be resting on their laurels after completing the delivery of the bank’s “Zero Touch IT” project, with plans to embark on an application rationalisation and refresh drive designed to digitise the bank and integrate standalone channels.

The project - which aimed to streamline the bank’s core infrastructure by consolidating and simplifying numerous platforms into one - also involved the migration of data from Oracle databases to SQL Server and the re-platforming of ING’s core banking platform, built using the TCS BaNCS product.

Now the bank has completed the project - which the majority of its 150-strong IT team spent the last six months working furiously on - ING chief operating officer and IT boss Simon Andrews told iTnews he will turn his focus to the refresh or rationalisation of some 300 applications.

Nine of those, a group of customer-facing applications ING’s IT team refers to internally as the “holy nine”, will be given special attention for much-needed refreshes.

“It’s not a matter of getting rid of applications because they are old, it’s about giving the business functions they want to to have, and that won’t be facilitated by the current suite,” Andrews told iTnews.

ING has refreshed “bit and pieces” of the customer-facing applications during the life of the bank, but Andrews wants new releases of functionality to be delivered at no more than six monthly intervals.

"We haven’t had a big release of functionality since our mobile application launched in August last year. These things have to be running on a six monthly cycle at worst. We have to get to that and there’s now no impediment for us in terms of infrastructure.”

He highlighted upcoming work at the bank’s call centre, which Andrews is planning to position as a support to the bank’s other channels rather than just a standalone operator.

“It’s mostly around designing the experience so that when people ring the call centre the staff can, ahead of time, know what the customer is doing and the systems they are interacting with.”

Integrating the call centre with other channels will require new functionality to be built into ING’s proprietary CRM system, in order to deliver real-time access to a customer profile at the time a call is made.

Other, smaller, applications will be rationalised and decommissioned. Andrews has not yet decided on a target number for his future application state.

“There’s a group of legacy applications that we’ve put people on notice will be decommissioned. In the next year we’ll probably run through around 25, 30.”

Slightly more pressing, however, is the clean up of the Zero Touch IT program. ING will need to decommission old hardware sitting in its data centre, which comes in at around 760 servers.

“We had 800 servers dotted around the data centres, the whole bank’s running on 40 now,” Andrews said.

“We’ll decommission those in time. We may be able to use some of the components of some but the rest we’ll just retire.”