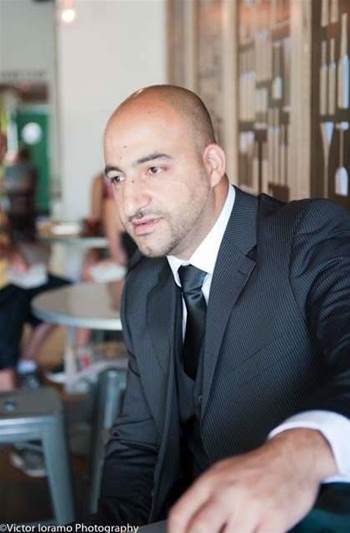 Achieves 'bank in a box'.

IT architects at ING DIRECT have rewritten the enterprise software development rule book after migrating the company's core banking applications off mid-range systems onto the commodity x86 platform.

The project has led to the development of the bank’s widely publicised “bank in a box", which provides the capacity to replicate a virtual instance of the banking platform for developers to patch, modify or extend in an isolated sandbox.

Ben Issa, head of IT strategy at ING DIRECT, sat down with iTnews in Melbourne this week to discuss the nuts and bolts of the solution.

Though not as old as the large and complex legacy systems in use at Australia’s big four retail banks, ING DIRECT's systems were hosted on mid-range servers running HP-UX until last year.

Issa credits chief information officer Andrew Henderson for backing his IT team's attempt to migrate onto the x86 platform, which became the catalyst for more fundamental changes to come.

Issa then saw the opportunity the bank’s developers could enjoy once the core banking application was sitting in a virtual container on the standardised platform.

"We hear discussions around big bang complicated response to these same problems," he said.

The "bank in a box" was built using technology partners including:

Using virtual instances for test and dev purposes isn’t particularly new. The beauty of ING DIRECT's solution is that multiple developers can take an end-to-end snapshot of the banking system, make changes, and have those changes harmonised against another cloned image to ensure they work in the production system.

Since November 2011, developers and engineers at ING DIRECT have executed some 395 copies of the banking system for everything from system patching, to the development and testing of new transactional capabilities, to replication of a customer’s environment to hunt for bugs.

Issa told iTnews that prior to the project, replicating the core banking system’s servers, applications, configurations, DNS records, database structure and 5.5 terabytes of data might have taken ten developers 270 days.

The same can now be done in a virtual instance in ten minutes, he said.

At the time of writing, there are 39 active full copies of the banking system running at ING DIRECT. Using FlexClone, the total data hosted isn’t much more than the 5.5 terabytes in the production array.

“The technology allows you to take a copy but not consume any more data other than incremental changes," Issa said.

"If you think about how much data one developer will usually change in a program, it might only by two megabytes. That delta is nothing in the scheme of things. And the developer is actually changing what’s in the source code repository, not what is in the container.”

In other words, the bank doesn’t have to worry about VM sprawl or massive data replication.

“We don't have to tear down every copy. We can either tear it down once we’re finished with that project or park it for later use,” he said.

The bank still has governance in place but focuses around release management before code goes into production, not so much for code from delivery.

“You have to ask yourself when you're going to put controls in, what is it that you're governing?" Issa asked.

"If it is sprawl, why is sprawl is a problem? Is it the cost of multiple software licenses? I say if cost is your problem, why are you solving it with governance? There are other ways to solve the cost problem.

"You go to your vendor and say, 'I want my delivery environment as agile as possible. We expect you to support us, and while we’re happy to pay in production, in development we need you to think different'.

“So yes, we have governance, but its lightweight and fit for purpose - not red tape for the sake of red tape.”

Read on to see how the solution has changed test and development on other projects.