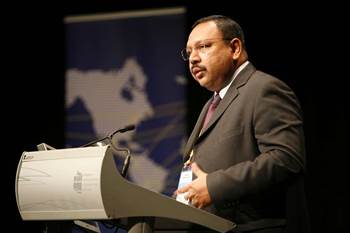 Indian outsourcers are starting to hire again on a major scale, in a sign that the IT downturn may have passed.

Tata Consultancy Services (TCS) said that it plans to hire 25,000 people this year, acknowledging the end of a slowdown for Indian outsourcers that started with the collapse of Lehman Brothers last September.

The firm posted total revenue of around $6 billion ($A7 billion) and said it hopes to pass the $10 billion mark in the next few years.

The hiring plans come after a long period of inactivity, and the announcement will boost the IT recruitment scene, according to analysts.

However, it is unlikely that TCS will hire the new staff if it does not see a huge expansion in projects in Europe and North America. So far, Indian outsourcing has not relied on its domestic customers that much.

If this is the case, IT workers in the US and UK might be a little more nervous about their jobs.

Got a news tip for our journalists? Share it with us anonymously here.
Copyright ©v3.co.uk
Tags:
billionbnbusinessconsultancyendhireindiansoftwarestrategy