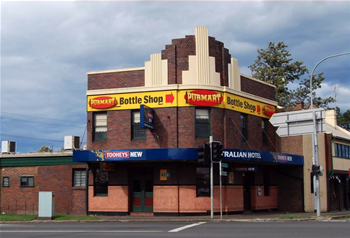 But stays on-prem. For now.

Resisting licensing shakedowns disguised as upgrades from the likes of SAP, Oracle and Microsoft has long been a stock-in-trade for seasoned CIOs.

But Australia might just have a new national champion for ERP asset sweating.

The Cold-War era system, which came into being the same year as New South Wales elected Neville Wran as premier, Storm Boy and Don’s Party hit the big screens, as ABBA, Queen and Sherbert dominated the local charts, is officially on its last legs.

Dubbed “Licker”, the bespoke booze system is being replaced by a SYSPRO 8.0 ERP system, to cover three warehouses in Western Sydney, Brisbane and Townsville as ILG plots an expansion into Victoria.

The group, which is the main wholesale sourcing outlet for many registered pubs and clubs, is staying on-premises for the install, mainly because of fiddly excise and duty requirements that other vendors have trouble raising a glass to.

“As you can imagine that that software is gotten quite dated. So whilst we still maintain that software and kept it, ticking along and made enhancements to it,” ILG’s head of It Michael Cole told iTnews.

“It's just getting to the point where it's not compatible with other systems, extracting data out of the sort of analytics and reporting is quite difficult.

SYSPRO ticked the most boxes, namely price, flexibility and scalability.

“Look, I guess we looked at a number of vendors, and I mean, Microsoft was amongst them, as well as both Oracle Cloud and Oracle NetSuite,” Cole said.

“From an Oracle perspective, I guess, when we sort of looked at it, it was sort of that top end of the market and probably just priced itself out of what we're looking at for sort of our size of business.

“And Oracle, NetSuite probably sort of found the right place. price wise, but probably didn't offer the flexibility we needed from a business perspective.”

Microsoft Dynamics, currently in use as an accounts platform is also being retired, though Redmond still gets to keep the SOE.

The number of ERP users is also slayed to grow from 32 to 110 as ILG expands into states from NSW and Queensland.

"This move will make the process of expanding into Victoria and other states more straightforward for ILG as they will achieve greater efficiencies by eliminating manual process, removing duplication of data in multiple systems as well as ensuring data integrity across the whole business,” said Rob Stummer, SYSPRO's Australian chief executive.

Cole said the new ERP is expected to cost around $ 3 million over 10 years.

“I guess we're looking at this as a minimum 10 year product. So, you know, it's not something we want to do again, in five years,” Cole said.

“The longer term vision is to get to the cloud platform. But we're going to start on premise. And we didn't want to be the first ones on board that product.”