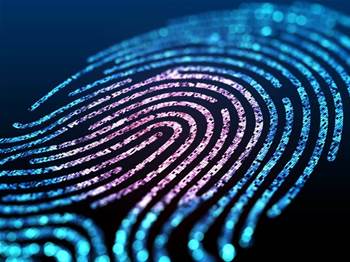 The incumbent provider of Australia’s national fingerprint database will continue supporting the system for the next five years after the Australian Criminal Intelligence Commission was forced to terminate its replacement last year.

The $34.2 million contract was handed to IDEMIA (previously Morpho) at the beginning of this year, following months of negotiations in the wake of the collapse of the ACIC's biometrics identification services (BIS) project.

NAFIS, which contains in excess of nine million fingerprint sets from more than 5.2 million people, is used by police across Australia and the Department of Home Affairs to establish an individual’s identity from fingerprint and palm impressions.

But last June the ACIC terminated its contract with NEC Australia for the build citing ongoing delays with the $52 million project, saving itself $47 million in the process.

It later emerged in one of the most scathing assessments of a government IT project to date that the agency’s handling of the project - $34 million of which was spent - was “deficient in almost every significant respect”.

Following the cessation of the contract, IDEMIA immediately picked up $20.3 million in additional funds for their original support contract for NAFIS. That contract is not due to expire until May 2020.

However the ACIC has now handed an additional $34.2 million contract to the French law enforcement software specialists to continue supporting the system after months of negotiations to ensure its long-term stability.

A spokesperson told iTnews the extension would continue the system’s support services agreement for the next five years.

“The proposed extension of the support services agreement with IDEMIA continues the existing NAFIS capability with no interruptions to partner agencies and provides a significant reductions in annual fees by giving a long-term commitment,” the spokesperson said.

However the spokesperson would not say whether the contract would be used to build any additional capabilities into the system.

The agency’s CEO Michael Phelan has not ruled out fusing other biometrics into the system, but suggests this could be some time away.

“Later on we will explore opportunities again to determine how best to go forward with other biometrics including facial recognition to fuse them with the fingerprint system, but to be quite frank I want to be able to walk before we can run,” he told a senate inquiry in December.