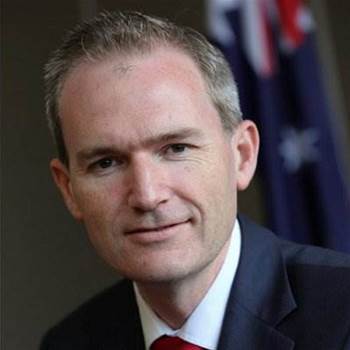 In a major policy speech delivered to free market thinktank the Sydney Institute this week, Coleman said that during his time as chairman of joint venture ninemsn, it was the input of Microsoft executives posted to Australia that boosted productivity and local tech jobs.

Coleman on Tuesday announced a major shift in policy around how Australia will select permanent migrants with technology and other advanced industrial and scientific skills, with a pool of 5000 permanent residency places earmarked for outbound recruitment rather than inbound application.

To be drawn from the existing pool of 160,000 annual permanent places, the scheme known as the Global Talent Independent program flips the current model of waiting for eligible migrants to apply for residency.

The rationale behind the move, as Coleman explains it, is that current labour market models and settings don’t sufficiently take account of productivity benefits that rapidly developing high-value industries, and their leaders, can bring to the local economy.

Especially when it comes to key talent from overseas being persuaded to put down roots.

“When the immigration system fills gaps in high value sectors, it helps to prod the economy in the direction of more productivity, and more wealth. This is unquestionably a good thing,” Coleman said.

“But productivity growth isn't just about getting more out of existing inputs, it's also about shifting the mix of what we do to higher value activities.”

Coleman, who cut his tech career teeth in Australia’s giddy dotcom bubble days as a business development manager for LookSmart, appears intent on tapping the experiences of tech businesses on the ground rather than relying solely on the advice of econocrats and pure policy wonks.

Having subsequently gone on to become chairman of ninemsn after holding a swag of senior digital media roles and directorships, including at PBL Media and Nine Entertainment, Coleman said it was often outsiders that introduced fresh thinking.

“I saw examples of this when I was chairman of ninemsn…We would often have Microsoft executives move to Australia from the US to work in our Sydney offices.

“And those executives would frequently propose that we do new things in the business to help make it grow. Their expertise led to the launch of new products and services, and the employment of more Australians - typically in software development - as a direct result.”

That example, Coleman said, demonstrated how immigration can act “as a direct catalyst for the creation of high wage, highly productive Australian jobs.”

Speaking to the Global Talent program, the effective replacement for the often gamed 457 visa skilled temporary migration scheme, Coleman said that the skilled labour trial that started late last year (and has now become permanent) had struck agreements with Canva and Cochlear.

But in a thinly veiled swipe at the quality of labour market data in the tech sector – and some of the classifications and measure are more than a little dated – Coleman called out that there needs to be a wider lens and more flexibility to deal with current economic dynamics.

“The fact is that high tech jobs don’t always fit neatly into a bureaucratic analysis of the labour market, and that start-ups often have needs that no top down template could have foreseen,”

But the immigration emphasised that while skilled migration need to salve a business need, it also had to be accretive, not dilutive, in terms of local job creation.

Specifics around how selection criteria for talent under the new GTI scheme are yet to emerge, as is detail around how it will work.

Key questions are whether talent will be tied to jobs and who will oversee the new scheme.

More on that as news comes to hand.