Immigration gets a new digital division 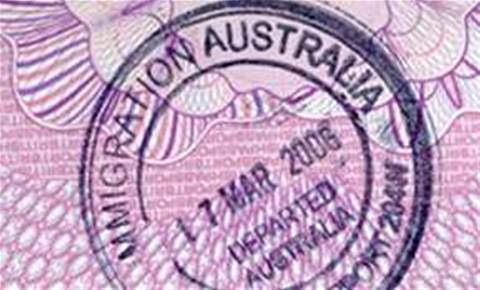 The Department of Immigration and Border Protection has become the first agency to push a digital transformation project through to the beta stage, as it unveils a dedicated digital channels branch aimed at embedding its new, DTO-inspired ethos into the agency.

In a guest blog posted on the Digital Transformation Office's website, Immigration’s Phil Thurbon unveiled the new division and its early priorities.

Thurbon, who will lead the team as first assistant secretary, said he is “excited to announce a new division dedicated to accelerating the pace of digital transformation” across the department.

“We’ll be looking to new ways to drive digital thinking, ensuring our digital projects are user focused and in line with the Australian government’s digital service standard,” he wrote.

It is the latest in a series of organisational reshuffles within the tech-related wings of the organisation, as it works to get the mix right in a structurally dynamic and increasingly tech-reliant environment.

The bundling of Immigration together with Customs saw the establishment of a major capability division focused on implementing hand-picked transformative solutions – many of which are IT-enabled.

This latest addition to the org chart will be focussed on customer-facing capabilities – meaning it will inevitably work hand-in-hand with the DTO.

In fact, Immigration’s first project being rolled out in partnership with the flagship digital agency has just become the first to be given the green light to move onto beta.

The agencies are jointly working on an online booking system for citizenship appointments – one of six collaborative projects being rolled out in partnership with federal, state and territory agencies the DTO is trying to get wrapped up in under 20 weeks.

In mid-December DTO assessors deemed that the citizenship booking project had successfully met the first three criteria of the government’s new digital service standard, and could be ushered into the advanced prototyping phase as a result.

“The service is being developed in response to a clear user need informed by good user research including in context user research, shadowing, observing and interviewing a broad range of users,” said the assessors.

“The team had also conducted extensive in depth discussions and observations with internal users and stakeholders.”

The tool has been built based on open source calendar code called 'Slotpicker', developed by the UK prisons system. The Immigration team have similarly open-sourced their own iteration of the booking client, and the DTO has urged them to continue to feed new functionality back into the code base.

The department’s digital team is still in the discovery phase of the development of an easier way for importers to apply to have their incoming goods cleared by Customs.