Image spammers use non-registration websites to their advantage 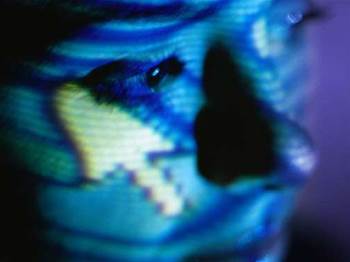 Levels of image spam held steady last month at 15 to 20 per cent of all junk mail, but phishing emails were at their highest levels this year, according to just-released research from MessageLabs.

Spammers are now hosting images on sites that do not require registration, then linking to those sites from the bodies of spam emails — instead of embedding messages within the emails themselves, according to the report.

The level of total spam captured during May decreased from the month before, dropping 3.4 per cent to 72.7 per cent of all email, according to MessageLabs.

Paul Wood, senior analyst at MessageLabs, told SCMagazine.com today that image spam is difficult to measure because it increases sharply over short periods of time.

"Over a longer period, it tends to flatten out a bit. Over the last couple of months, it’s been higher, but I wouldn’t say that it’s been massively high, as we’ve seen in some reports."

Image spam levels have fluctuated widely in recent months, according to reports from various sources.

A report on April’s email-borne threats from Symantec showed a 10 per cent drop in image spam from March to April, when it accounted for 27 per cent of all spam.

McAfee last month reported a drastic drop in image spam, with Nick Kelly posting on the McAfee Avert Labs Blog that emails using the technique plummeted from 59 per cent of all spam at the start of April to 12 per cent near the end.

Last month, researchers at Fortinet said they had seen an April increase in image spam, but those statistics were still dwarfed by those from earlier this year.

Phishing attacks rose by 0.4 per cent during May, accounting for one in 156.3 emails, or 79 per cent of all malicious email traffic.