Image of 'wild west' web makes for too many restrictions 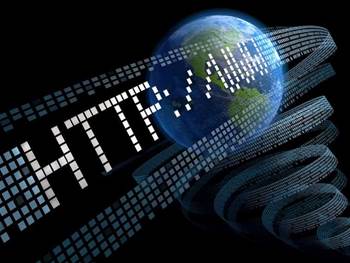 No room for outdated models in regulating the flow of freedom, says Oxford academic.

A leading Oxford academic has challenged the notion of the "wild west" web arguing it could do with loosening up.

In June, director of the Oxford Internet Institute, William Dutton, will release a report showing the effects of the web on freedom of expression.

"Often the internet is viewed as the wild west, where there's no regulation," Professor Dutton said at a World Wide Web Consortium conference in Oxford.

"One of the themes of our research project was to point out how regulated the internet is in all sorts of ways."

He noted that such laws aren't necessarily negative; users are often regulated for good reasons, to prevent fraud, defamation or child abuse.

But Dutton said that much legislation is based on old-fashioned ideas. "More and more politicians are applying legislation that is coming from dated models - from broadcasting, from the telephone era," he argued.

"We need a model that is appropriate and fitting to the internet and the web, and not something that comes from an earlier era. The internet is not broadcasting, but people wish it were so they could just regulate the ISPs and have them decide what's fit for broadcasting."

He highlighted the disconnection plans of Britain's Digital Economy Act, and slammed plans to force ISPs into "surveillance and watching what others are downloading".

"That's a worrisome trend that counters some of the really dramatic improvements made by the web itself."

Because governments are increasingly using the web for surveillance, the ability to stay anonymous is increasingly important, he said.

"It's so obvious in Middle East and North Africa that the most obvious strategy for some countries is to identify those using the internet for protests," he said, noting the number of bloggers arrested has never been higher, and has a "chilling effect" by discouraging others from speaking out.

"We cannot assume freedom of expression is an inevitable outcome of technology advances," he added.

Got a news tip for our journalists? Share it with us anonymously here.
Copyright © Alphr, Dennis Publishing
Tags:
auditcensorshipcomlianceenforcementfilesharingoxfordp2pregualtionsecurity