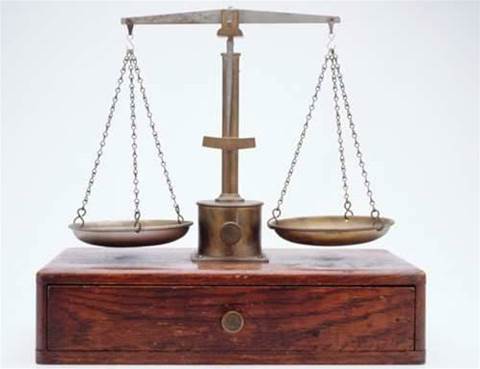 Analysis: What can one internet service provider do?

Just how much notice should an ISP take of alleged breaches of copyright occuring over its network and what can it do to prevent further breaches?

After two-and-a-half days of hearings in Canberra’s imposing High Court room one, this two-part question dominated the proceedings in the Roadshow v iiNet appeal.

The legal issue before the five-judge panel and, indeed in previous Federal Court cases*, is whether an ISP's failure to take any steps to stop infringing conduct, means it authorised the infringements and thus breached the Copyright Act.

Moorhouse is a 1975 High Court decision which found the University of New South Wales authorised infringements made in a library by photocopier users.

While it is the leading case law concerned with authorisation, the five judges in last week's High Court made it clear that the terms of the relevant section of the Copyright Act in s(101)(1A) would be crucial.

Justice Emmett ruled that, in order for iiNet to respond to its notices, AFACT had to offer "clear and unequivocal evidence" of infringements, to indemnify iiNet and reimburse it for reasonable costs.

Bannon also argued that Emmett's ruling was “at odds with a proper application as to what might amount to sanction, approval or countenance and, in particular, countenance.”

Taken from the words "sanction, approve, countenance" are an interpretation of the legal meaning of authorisation, as it is written in Australian law.

GUMMOW J [Justice William Gummow]: …That phrase [sanction, approval or countenance] is not a statutory expression.

MR BANNON: No, quite.

Another recurring issue was the precise order that AFACT sought from the court in relation to the activities it wants halted:

MR BANNON: This answer may have an element of ducking about it, but - - -

HAYNE J: That is what you are paid for, Mr Bannon.

MR BANNON: I hope it is not my best talent…

Later, Justice Hayne established the relief AFACT sought would require that identified account holders take down unauthorised copyright material with the threat that the user’s account may be suspended otherwise.

What can one ISP do?

All five High Court Justices were willing to go beyond a 'black letter law' approach and delve into the technical background in light of widespread copyright infringements over the Internet.

The authorisation provisions of the Copyright Act in s(101)(1A) force consideration of iiNet’s “power to prevent” infringements and “reasonable steps to prevent or avoid” infringements.

HAYNE J: Even the notion of prevent is itself not without some difficulty. One ISP can prevent the use of that ISP’s service to access the Net.

HAYNE J: It cannot prevent a customer seeking or using the services of other ISPs.

AFACT Counsel Tony Bannon argued that other ISPs would take note of the High Court's ruling and would also seek to deter any infringers that continued such practices subsequent to a user's account being terminated.

What types of prevention are available to an ISP?

Judges were keen to explore what reasonable steps were open to iiNet. Bannon made it clear that legal pursuit of individual infringers was prohibitive.

MR BANNON: …The cost benefit analysis of pursuing an individual case against one individual user for downloading three films or three records would be a use of the judicial system which the court would not be wildly enthusiastic about … you will always lose money because you will never get your costs back anyway, that is an inbuilt protection for the users themselves. They know that rights holders cannot track down everybody.

HAYNE J: But it confronts the basic conundrums for the copyright holder. It is the existence of the network of networks, namely the Net, which enables unauthorised sharing of copyright work. The prevention of it ultimately depends upon the individual choice of the user of the Net. You seek to achieve the result through the medium of the company that provides access of the user to the network, and the conundrum is the power that the ISP has, the steps that the ISP can take depend ultimately for their effect on the individual user’s choice, for all that the ISP can do is switch off.

Nevertheless, AFACT counsel argued that having an ISP send copyright infringement notices to users was more efficient than the pursuing users directly through the courts.

Justice Susan Kiefel explored whether iiNet was entitled to consider whether this step is effective:

KIEFEL J: ...What would be the point of asking an internet service provider to send notices which you would say because, as I understood your earlier submission to be, that infringement is rife despite knowing that it is wrong, why is that not relevant? Does it make it a useful step?

MR BANNON: But it is rife in the circumstances where it is impractical for a copyright, for the rights holders, to track down every single computer [user] and sue them.

Justice Susan Crennan sought to float alternative business models at various times in the hearings as a preventative step for AFACT..

CRENNAN J: If you [AFACT] had a royalty arrangement, for arguments sake, where you had regular audits in relation to scale of infringement or something, probably the truth is that users who want to download films would not mind their service charges increasing by a margin in order to do that lawfully. That seems to me to be the very large conundrum that is at the heart of this case.

Later, Justice Crennan explored the option of including this as part of the ISP's warning notice.

CRENNAN J: Maybe it would have been a reasonable step when you [iiNet] got the notices for you to raise the issue of a reasonable royalty which would then be a business cost. I know you cannot compel a party to enter a contract, but that is one thought.

What are the sufficient steps for an ISP to avoid an authorisation breach?

While AFACT counsel argued that ISPs should respond to copyright warnings by forwarding suitable notices to their users, Bannon regarded ISPs disconnecting or “shaping” a user’s account as sufficient punishment:

FRENCH CJ [Chief Justice Robert French]: Is enforcement an element necessary to negative authorisation? If iiNet sent to one of the addressees mentioned in the AFACT notice, having identified the customer, a notice saying “We neither sanction, countenance nor approve your downloading films in which copyright subsists without paying for them” and that reflected its genuine position, is the fact that it does not follow up with enforcement relevant then to authorisation?

FRENCH CJ: Why is that? Is the notice a sham, is it?.. (W)hat is necessary for characterisation of authorisation and I suppose – and what is sufficient to negative it?

MR BANNON: …it has to be considered on a factual basis, and all we can do as a rights owner is say, well, we have given you this notice, you have got those rights, this is what is happening, you have done nothing… whether it is one warning, two warnings, three warnings – is something which this Court cannot engage in...

"It was never a point in issuing warnings only and, we respectfully submit, that read properly we were never asked to issue warnings only," Cobden said.

"Even today when everyone says just issue a warning only it always turns into a warning plus a termination. It was not reasonable for us to embark upon that graduated response given the way the information had been given to us and what we knew about the information".

Was the AFACT argument on authorisation, too narrow?

There was a point toward the end of the proceedings, where Justice Crennan wondered whether AFACT’s case was weak or “narrow”.

CRENNAN J: So your argument is, as you have said in responding to Justice Kiefel, this very narrow argument about continuing to provide the services armed with the knowledge of a past infringement by a particular account in respect of a particular film.

MR BANNON: Yes, but its narrowness is ... its strength because it is a very specific indication of an act which can only be undertaken by them at the point of time in which it is reached, their knowledge, their notice, and in answer to any diffidence about this is the powerful nature of the communication right.

Justice Kiefel revisited the judgment made in the initial Federal Court case that the infringement was made through BitTorrent software, over which iiNet had no direct control.

KIEFEL J: ...In relation to the primary infringement, the position of iiNet is that it enables the infringement to occur but it has, in a physical sense, no means of control over what the customer does in terms of downloading or the use of the [BitTorrent] software; which software they choose, what they do.

KIEFEL J: So the starting point for your case is further down the track and it starts with the notification and the aspect of knowledge and that brings us … into an area where you are saying that we are not so much concerned with authorisation in the Moorhouse sense…”

Justice Kiefel went on to suggest that instead AFACT is arguing for a form of negligence by iiNet in failing to respond in a duty of care.

“We are concerned with a statutory tort which imposes an obligation upon an internet service provider to use what means it has available to it because it has some responsibility or obligation,” Justice Kiefel noted.

*Disclosure: John Hilvert was employed by the Internet Industry Association during the period coinciding with previous copyright judgments.