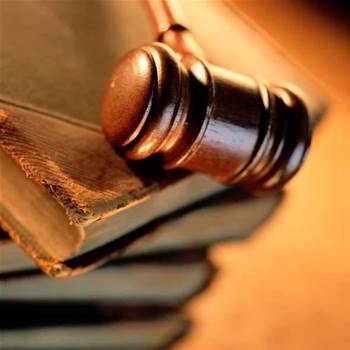 The Australian Federation Against Copyright Theft (AFACT) has faced tough questions from three of five High Court Justices over the efficacy of an ISP warning its users of alleged copyright infringements.

AFACT counsel Tony Bannon argued iiNet breached the authorisation provisions of s 101(1A) of the Copyright Act because it did not take "reasonable steps" to prevent acts of infringement by users.

He further argued that even if iiNet had warned a user in response to an AFACT notice, that it may not be "sufficient to avoid a breach of authorisation, if the ISP did not follow up how an alleged infringer had responded" to that warning.

The term "sufficient" provoked an exchange between Bannon and Justice William Gummow.

MR BANNON:  ... we certainly maintained that a warning notice was an appropriate step.

GUMMOW J: But not a sufficient step.

MR BANNON: In the first instance.

GUMMOW J: No, no, not a sufficient step.

MR BANNON: It would depend on the outcome of the step.

GUMMOW J: Exactly, so it is not a sufficient step.

MR BANNON: But it may be a sufficient step.

GUMMOW J: May or may not be. Therefore, it is not.

Justice Gummow also mused why AFACT could not have used discovery orders to connect the client numbers with the client details and pursue remedies directly.

“…If you had done that you could have made an example of a few users which might have had an impact on others,” Gummow said.

Justices Kenneth Hayne and Susan Crennan raised further questions of whether ther were any reasonable steps open to an ISP to prevent - in the face of evidence - widespread copyright infringement occuring on the internet.

Bannon responded that iiNet should at least take a step of sending warning notices.

Alternative business models by the film and TV studios also surfaced as a form of prevention, floated by Justice Crennan.

“Is not the real conundrum lying behind all of this that in an ideal world, for the copyright owners, everyone who wants to watch a film will go and pay $30 for the DVD?," Crennan asked.

She noted it only cost a few cents to download which explains why infringement is rife.

"So that it is very difficult... just by referring to an obligation to send notices, to get some efficacy into the sending of the notices or to get the balance right between the stake of the copyright owners in what is happening and duties on the service providers?”

Justice Crennan speculated a royalty arrangement with regular audits regarding infringement was worth consideration.

"The truth is that users who want to download films would not mind their service charges increasing by a margin in order to do that lawfully. That seems to me to be the very large conundrum that is at the heart of this case.”

At the end of the first day of proceedings, iiNet CEO Michael Malone said he was confident the High Court would reaffirm and strengthen the Federal Court's earlier judgments, clearing the company of authorising copyright breaches.

Speaking to ITnews, Malone said that the local evidence in favour of the efficacy of warning notices was slight.

“Exetel was the only ISP I was aware of that was forwarding notices to their customers. If I recall correctly when we won the case they stopped doing it,” Malone said.

He said he disputed evidence that iiNet’s subsidiary Westnet had a track record of distributing the warning notices without problems.

He said it was not an effective scheme.

He added that Exetel’s scheme had been a web page presented when an alleged infringer next logged in to use the internet.

“Don’t do it again, click here if you agree - and that was it. There was no formal follow-up,” Malone said.

Malone urged the film industry to increase lawful online content in a more timely, affordable and competitively-priced manner. He said that was the best method to protect content owners' copyrights.

The case continues today. The full transcript of the first day’s proceedings can be found here.

Stay tuned to iTnews for up-to-the-minute coverage of the iiNet vs AFACT High Court Appeal from our reporter on the ground.