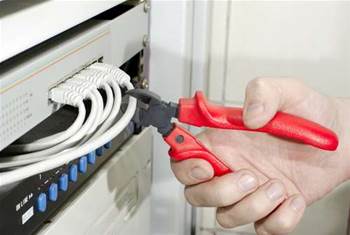 Today’s judgment by the Full Bench of the Federal Court could clear the way for internet service providers to disconnect subscribers accused of copyright infringement.

The majority ruling in the split judgment handed down today gives internet service providers no absolute protection over the actions of their subscribers.

The judgment also determined that, should the film industry improve the way it delivers infringement notices and pay for ISPs to vet them, it would be a “reasonable step” for ISPs to disconnect customers accused of infringement in these notices.

The complex judgment – under which Justice Emmett and Justice Nicholas chose to dismiss the appeal and Justice Jagot chose to endorse it – provided the film industry with a great deal of ammunition for when it inevitably appeals to the High Court of Australia.

“Assuming AFACT seek leave to the High Court, they will no doubt extract what they can from the dissenting judgment [of Justice Jagot],” said Timothy Webb, a senior associate at Clayton Utz.

Should the High Court reject AFACT's submission, interpretation of the law would fall back onto those areas in today’s split decision in which the majority of the three judges agreed.

All judges in today’s decision agreed on a new definition of the “means of infringement” which gives “no absolute defence” to ISPs for the actions of their subscribers.

“It was found that ISPs have the power to prevent infringements by terminating users or via some sort of graduated response system,” said John Fairbairn, partner at Clayton Utz.

Justice Emmett's judgment said that cutting net access would be reasonable under certain conditions – including if rights holders were prepared to reimburse ISP’s for the costs of verifying copyright notices and were prepared to provide the ISP indemnity for wrongfully disconnecting customers.

“iiNet says that termination of an account was not a reasonable exercise of a power to prevent because it would involve disconnection of the customer from the internet. However, it is difficult to see why that consequence is unreasonable, if the customer, having been warned that the service being provided to the customer by iiNet was being used to engage in infringing acts, that to do so was a breach of contract and that continuing to do so may result in termination, nevertheless chooses to continue to permit the iiNet service to be used to engage in infringing acts,” Justice Emmett said in his judgment.

In some respects, iiNet was spared from losing the appeal case because both Justice Emmett and Justice Nicholas found AFACT’s infringement notices to be inadequate.

“Mere assertion by an entity such as AFACT… would not, of itself, constitute unequivocal and cogent evidence of the doing of acts of infringement,” Justice Emmett said.

But Justice Jagot, by contrast, found that the AFACT notices were reasonable means to disconnect customers.

Jagot argued that the notices were personally addressed, delivered by hand to iiNet CEO Michael Malone and signed by AFACT’s Neil Gane, written in a standard, easy-to-understand format in plain English, and sent from an address in Australia. (The “robot notices” iiNet used in its defence, by contrast, were automated, made no mention of iiNet’s customer relationship agreement and came from an address in the United States.)

Fairbairn warns that should AFACT improve the quality of its infringement notices as per Justice Emmett’s set of conditions – “an ISP would risk being found to have infringed copyright” had it not taken action against a customer on account of those notices.

“That much is clear,” Fairbairn said, “and Justice Nicholas agrees there would be a liability.

“This provides an opportunity for the film industry to improve their position by improving their notices. The issue is – will they put up the cost of the regime ISPs will need to implement?”

More reasons for the High Court

Fairbairn suspects that for this reason, it won’t just be AFACT looking to appeal to the High Court. The ISP – iiNet – “may need to strengthen its position on authorisation.

“If the High Court agreed with the first instance judge (Justice Cowdroy), that would be a much cleaner outcome for iiNet.”

In any case, if AFACT is granted leave to have an appeal heard by the High Court, “all issues are wide open again.”