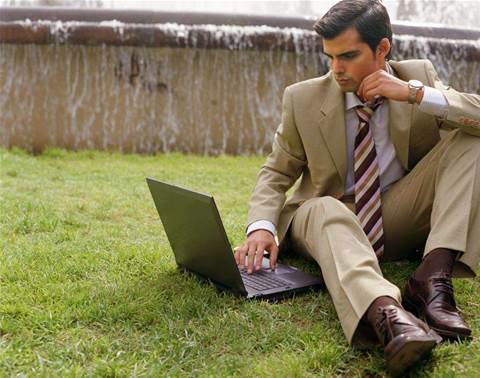 The ACT Government has awarded iiNet a five-year contract to offer free wi-fi to Canberra residents and visitors, with over 700 wireless access points to be rolled out across 12 business districts by June next year.

iiNet will utilise Cisco technology to deploy 300 wireless access points in high traffic areas and 400 points within businesses across the city, connecting users with its fibre and VDSL2 broadband network.

Chief Minister Katy Gallagher promised a $2.9 million investment into wi-fi hot spots in the lead up to the 2012 ACT election.

The territory at the time signalled a willingness to provide an initial grant to set up the network, but said it wanted a partner to own and operate the infrastructure over five years, with revenue to come from such streams as advertising and paid premium options.

iiNet chief business officer Greg Bader told iTnews the network would cost $4 million to build. He declined to comment on what portion of the $4 million would be provided by the territory.

Bader ruled out offering a paid premium option or immediately using advertising to make money from the network, a model which he said he was yet to see work successfully.

"We don't necessarily need to make direct cash out of it. We see this as a fantastic opportunity to extend our brand. That inherently has a value for us," Bader told iTnews.

The ACT Government also said in tender documents at the time it would insist that "undesirable content" be made inaccessible via the free network. iiNet said it would use web filtering technology by partner ContentKeeper to restrict access to such sites.

iiNet will also place traffic limits on the network to stamp out the "one or two percent of people using disproportionately large resources", Bader said. Limits will be determined by the usage of the network once it is rolled out, but Bader said iiNet would guarantee minimum speeds of 2 Mbps.

"There needs to be a limit, unfortunately. With wi-fi in a confined area it's a finite resource, and we need to have sensisble limits in there to manage the resource to make sure it's available for the maximum number of people."

The Canberra network will be rolled out to the city’s centre by October this year. The remaining regions - which include the commercial areas of Tuggeranong, Belconnen, Gungahlin, Weston Creek, Dickson, Woden, Bruce, and Manuka-Kingston, and tourist areas of Parkes and Commonwealth Park - are forecast to be completed in June 2015.

As part of its contract with the ACT Government, iiNet will also trial mobile wi-fi on five of the city’s buses over 12 months to test the viability of the initiative.

The “CBRfree” wireless network follows iiNet’s similar efforts in Adelaide over the past year. The ISP today claimed around 200,000 people use the ‘AdelaideFree’ wi-fi network each month.