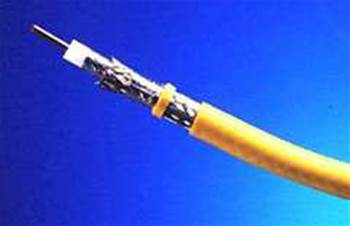 Iinternet provider iiNet has primed its first two sites for trials of NBN's hybrid fibre-coaxial cable to see if it is up to standard prior to rolling out a commercial offering.

The NBN HFC trial by iiNet is small, comprising just eight homes in Redcliffe, Queensland, and 12 in Ocean Reef, Western Australia. The cable networks in those areas were owned by Optus and Telstra respectively before NBN purchased them.

The iiNet HFC service promises speeds of up to 100 Mbps per second down and 40 Mbps up.

NBN itself has been piloting the HFC service in Queensland since November last year, reaching some 300 premises.

Optus, the second HFC cable operator, started construction trials along with Telstra in January to test processes and upgrades in 17 suburbs throghout the country.

Telstra received $1.6 billion in April 2015 from NBN to build out and upgrade its HFC network until 2020.

In total, over three million premises will be covered by NBN's HFC service as part of the Coalition's multi-technology mix network architecture.

HFC was initially designed for delivery of pay television channels in the early 1990s. It can be used to deliver a range of services, including voice, analogue and digital TV, video on demand as well as internet data.