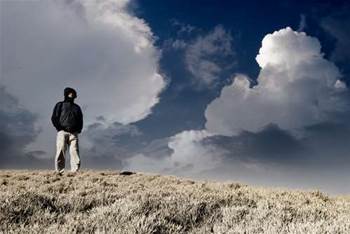 Why the internet industry association stayed clear of online protest.

ISP iiNet has blacked out its website for 24 hours to protest the Government's filtering plans, a sole voice of protest from within the ISP community.

The Perth ISP switched off its participation in the internet blackout at midnight last night after going live at "close-of-business" Western Australian time on Monday.

It was the only ISP to participate in the online campaign backed by Electronic Frontiers Australia (EFA).

iiNet's chief regulatory officer Steve Dalby said its length of participation in the blackout was "a balancing act".

"We have views about the filter and we've made them fairly public but it doesn't mean we have to impose them on our customers on our homepage and drive it down their throats [all week]," he said.

"We thought it was worthwhile showing support for the blackout. We didn't think it was necessary [to black out the iiNet webpage for the whole week]."

The EFA received over 500 pledges to participate in the blackout by the end of last week. About 125 websites started the blackout on Monday and more were being added daily to a list maintained on the internet blackout website.

Dalby believed the "visual aspect" of the internet blackout campaign was useful and an effective means of communicating an issue that has been bogged in complex debate.

iiNet customised the ‘blackout' message displayed on their website and provided external links to the EFA to allow interested customers do more reading on the issue.

iiNet has long opposed the proposal of internet filtering in Australia. It sought to participate in the controversial Enex TestLab-run trials only to disprove the concept - only to withdraw its application to participate days after the ACMA blacklist was allegedly released on Wikileaks.

Dalby did not believe iiNet's participation in the blackout would single the ISP out for any special treatment from the Department of Broadband, Communications and the Digital Economy or other pro-filter parties.

"I think it's a fairly simple protest to show our support for the general anti-filter campaign," he said.

"I don't think it would make an awful lot of difference [to the way we are treated]. It didn't add to or inflame the situation."

Dalby's sentiment was supported by the chief executive of the internet industry association (IIA) Peter Coroneos, who did not believe iiNet's decision to go it alone on the protest would damage any unified front the industry was trying to present in ongoing lobbying efforts.

"We don't dictate to our members what their position should be," Coroneos said.

"Some are supportive to the proposed legislation. Some are completely hostile to it."

But Coroneos did not think it would have been appropriate for the IIA to participate in the symbolic blackout protest, either themselves or by encouraging their constituents.

"Free speech issues are very difficult for an industry association to take a position on. They're much better left to law councils or civil liberties groups," Coroneos said.

"Our engagement with the Government is on an entirely different level to public protest."

He said the IIA would continue to consult with industry players to harvest concerns and "unintended consequences" that the Government's proposal could have.

Some of these concerns included perception issues the legislation could cause internationally, costs to implement it and how issues of liability and risk were resolved.

"I think that's a much more constructive role for us to play [than protest]," Coroneos said.

"It's not to say there aren't concerns with this policy but you have to be realistic. We're being very pragmatic about this working within the political landscape that exists".