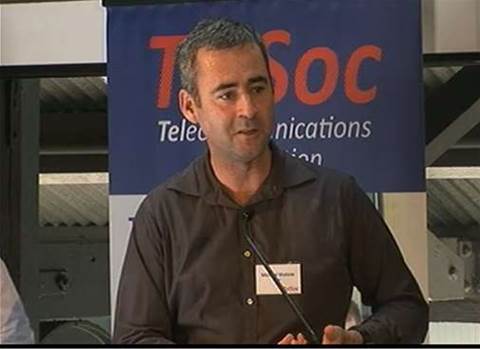 International capacity not the issue it once was.

Forthcoming cable projects — such as Hawaiki and SubPartners' APX-West, both of which iiNet hopes to take capacity on — are expected to maintain price pressure on international capacity, to the point where it is no longer the biggest problem facing ISPs, according to Malone.

"There is a vast amount of bandwidth being brought into the country now so international capacity stopped being the constraint," he said.

"We're now getting to the point where international capacity is no longer the choke point. The choke point is domestic."

One domestic "choke point" iiNet and its subsidiary brands have been keen to tackle is NBN Co's connectivity virtual circuit (CVC), a usage charge levied on ISPs to transport data over the NBN.

"Our cost for international capacity is now $8 per megabit. To get it across the street from a point of interconnect out to the customer's household, NBN Co is charging $20 per megabit," Malone said.

"International capacity [as a cost issue] is now being completely drowned out by that CVC charge."

Malone expanded on a brief post he made to the Whirlpool forums on Saturday, in which he revealed it is "roughly four times the cost to deliver data on NBN, compared with on-net ADSL".

"For our on-net customers now where we buy unbundled local loop or LSS [line sharing service], it's four times more expensive to get a gigabyte of data to an NBN customer than it is to get it to an ADSL2+ customer in metropolitan Sydney," he said yesterday.

He said new Communications Minister Malcolm Turnbull was "wise" to the CVC choke point. Clarity on CVC charges may come once a 60-day review of the NBN is completed for the new government.