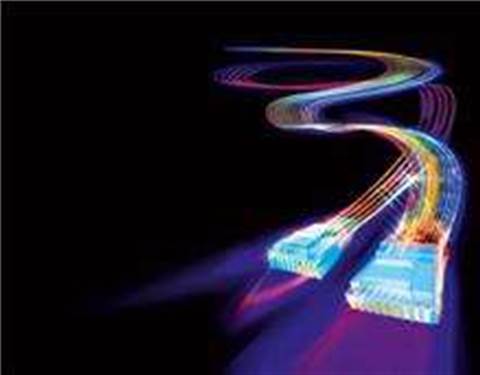 Internet service provider iiNet has unveiled plans to discard existing domestic agreements for international bandwidth over the next 12 months in a bid to build its own network outside Australia.

The telco this week increased a two-year-old Internode agreement for 20 Gbps capacity on the Southern Cross cable system linking Australia and the US, bringing the group's total capacity on the dual-path system to 200 Gbps.

Alongside existing agreements for capacity on PIPE's PPC-1 submarine system to Guam, the US and Japan — as well as the SMW-3 cable to Singapore — the group now has access to 300 Gbps in total international bandwidth directly signed with submarine cable operators.

iiNet Group chief technology officer John Lindsay confirmed the direct capacity stocks — and particularly its boosted agreement with Southern Cross — would be used to supersede the domestic agreements the company had traditionally used for international bandwidth.

iiNet currently has agreements with Telstra, Vocus, AAPT and the Telstra-dominated Reach for internet transit outside of Australia.

By letting those contracts lapse without renewal — expected to occur by the end of the financial year — Lindsay said the company could fold "Internode and iiNet networks together".

"iiNet is a reluctant owner of infrastructure but does so when it can see strategic benefit," Lindsay told iTnews.

The increase in corporate customers as a result of iiNet buying both Internode and Canberra-based internet provider TransACT provided a greater impetus for direct control of international bandwidth.

"The board recognised that there was a strategic opportunity here," he said.

"It would have been quite difficult for iiNet to do this from scratch ... it's very easy to scale [points of presence] up, but to set all them up from scratch would have taken a lot of people a lot of time.

"The economics of it are significantly better because we've unlocked enormous scale with iiNet."

Direct control over international transit would also give iiNet a better view of potential connectivity and capacity issues; "you're in control of the network so you've got some ability to improve the quality of a service if things go wrong", Lindsay said.

"You would be amazed at how frequently that happens."

The extended agreement with Southern Cross, which is moving to upgrade its system to 6 Tbps this year, would provide the "lion's share" of the group's international requirements.

However, even the total 300 Gbps stocks would likely last the group two to three years according to Lindsay, due to ongoing "insatiable demand" from both corporate and residential customers.

"We're seeing a roughly 40 percent per annum increase in traffic from our customers," he said.

"It's easy to assume that there's vast amounts of video traffic, but the demand is being driven by a wide range of content, it doesn't seem likely that there's going to be a sudden flattening in demand for internet content in the next few years." 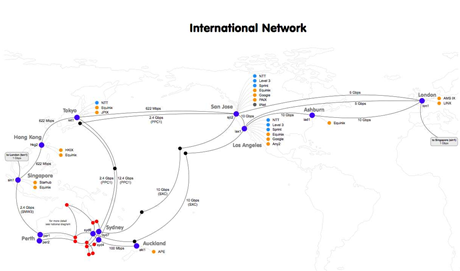 The move to consolidate and boost the group's direct international bandwidth agreements is unlikely to conflict with iiNet's existing commitment to the proposed Pacific Fibre cable linking Sydney, Auckland and Los Angeles.

Lindsay said the cable, which is expected to become available for use in 2014, would coincide with a need for greater bandwidth.

The cable has faced ongoing uncertainty over its financial viability after core venture partner Pacnet pulled out of an agreement and the company subsequently missed several deadlines for funding arrangements.

iiNet is yet to commit to a bandwidth level on the cable but the New Zealand-based operator claims to have secured contracts worth $US200 million in annual revenues from foundation customers.

"If Pacific Fibre manage to get a cable in the water, we'll be very happy to take the service when they're able to deliver it," Lindsay said.

"If we find ourselves needing more capacity then the economics of building another cable system will be good."

If the cable venture fails, however, he said future upgrades expected on Southern Cross and Telstra's Endeavour cables would provide the capacity necessary for the iiNet Group and rivals in the foreseeable future.

"There's a reasonable supply of capacity into Australia and the rate at which cable system operators are managing to get capacity into those cables is keeping pace with demand," Lindsay said.

"It's an intriguing exercise in supply and demand and making sure there's not an overabundance of capacity which leads to unit prices falling too fast.

"Ultimately the most expensive time to buy into a cable system is at launch because it has relatively few customers and the cost of running the cable is essentially the same, almost regardless of capacity."