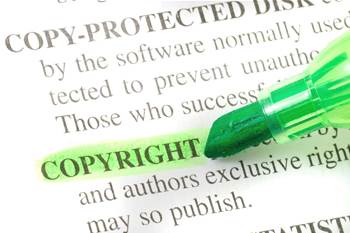 iiNet and Dallas Buyers Club face a three-week wait to find out whether the rights holder can obtain the names and residential addresses of almost 5000 people it claims downloaded its movie without paying last year.

In the final hearing of a preliminary discovery trial between the rights holder to the Dallas Buyers Club film and the internet service provider, Justice Nye Perram today withheld his judgment for three weeks on whether iiNet should hand over the customer details.

His decision is scheduled to come just days before the ISP industry is due to to hand its draft copyright infringement code to the Australian Communications and Media Authority (ACMA) for approval.

The code has formed a large part of the hearings so far, with the parties arguing over whether or not Perram should hold the case over until the code is introduced.

iiNet has argued that many of the issues outlined in the case would be addressed by the code, but DBC pointed out that the proposed enforcement guide is not retrospective, and the company would therefore miss out on relief for the 4900 alleged infringements it claims to have identified.

The code, released last Friday, would see ISPs send up to three warning notices to account holders associated with IP addresses identified by content owners has having engaged in illicit downloads.

Rights holders would have the ability to access the details of customers after the third warning and pursue them for damages.

iiNet counsel Richard Lancaster today argued that the landscape had changed since the introduction of the code, and DBC's aims would be better served by industry agreement than through "one-off court orders".

But DBC counsel Ian Pike opposed the code's exclusion of retrospective piracy, as well as its sole focus on fixed-line residential services.

During the case, iiNet has sought to discredit the software used by DBC to locate those downloading its film without payment.

The ISP has repeatedly argued that the way the Maverickeye software timestamps downloader IP addresses is flawed, meaning it could be matched to the wrong account holder.

However Justice Perram indicated the evidence so far did not indicate incorrect associations had taken place, and said it would be "a coincidence of galactic proportions" if all IP addresses identified so far were wrong.

Perram also suggested iiNet counsel had mis-stepped by cross-examining Maverickeye technical analyst Daniel Macek, who had not been able to answer a number of questions in relation to how the system works.

The judge said the company's other technical analyst, Dr Simone Richter, would have been better placed to provide the detail sought.

"He was put forward as the technical analyst who produced these schedules," Lancaster said.

"We were not to know he was a relatively young, relatively inexperienced user of the Maverickeye system."

Who owns the copyright?

The ongoing question of who actually owns the copyright to the Dallas Buyers Club film remained unanswered at today's hearing.

A complex set of distribution arrangements and agreements left Justice Perram "flummoxed" as to who the owner was, he said.

Perram said proof as to who owns the copyright - parent Voltage Pictures, Dallas Buyers Club or one of its distributor partners - "ought not be something that's on the table in a case like this".

"It's not a big ask in a case like this for the movie house asking for preliminary discovery to show they own the copyright," he said.

While admitting the structure had been "a little unclear" initially, after today taking the court through a series of contracts and agreements, DBC counsel Pike argued the ownership situation was "tolerably clear" enough for the case to proceed.

Perram is expected to publish his judgment in mid-March.