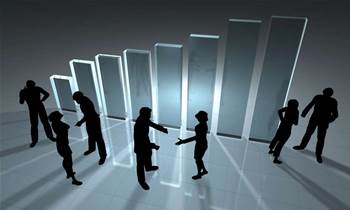 In just over three months.

ISP iiNet has almost doubled the number of its NBN fibre customers in a little over three months.

An iiNet spokeswoman told iTnews the company now had 5300 customers on NBN fibre, up from the 2700 it reported having in late November last year.

Today's release of NBN take-up figures was positioned around a milestone for the Perth ISP, which reported exceeding 10,000 NBN customers across all access technologies.

The spokeswoman also said that of the 10,000, 4600 were satellite users while 250 were on NBN Co's fixed wireless network.

"We've hit our stride when it comes to connecting people to the NBN quickly and smoothly," iiNet CEO Michael Malone said.

"As we've said before, the sooner we can connect more people to super-fast broadband the better and we're looking forward to connecting thousands more as the rollout continues."

News of the active connection figures comes as a fresh doubts were cast on NBN Co's rollout progress.

The Australian Financial Review reported this morning that premises passed forecasts could be downgraded as soon as this week as labour issues continued to hurt the rollout.

The Australian also reported that the future of network rollout contracts with one of its contractors, Syntheo, is "uncertain".

NBN Co has previously fingered Syntheo for a drop in forecast numbers of premises passed by fibre.