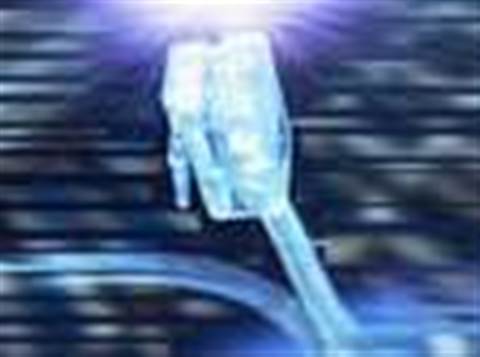 The IEEE High Speed Study Group (HSSG), which has been wrangling over whether the next Ethernet standard will be for 40Gbps or 100Gbps transmission speed, has ruled that it will be both.

A single IEEE 802.3ba standard will include specifications for both speeds and could be ready by 2010, which is rapid progress given the IEEE's glacial timescales.

The HSSG has been working on a new standard since July 2006, but has been split between telcos which favour 100 Gigabit Ethernet and data centre infrastructure vendors which prefer a less power hungry 40 Gigabit Ethernet standard.

As both parties have a good case, the IEEE will develop a standard for both speeds.
A faster Ethernet standard is required because, according to research by IDC and published by the Internet Industry Association, the amount of information created, copied and transmitted globally will increase at a compound annual growth rate of 57 percent between now and 2010.

Traffic is already doubling every 18 months on carrier networks, and some network operators have begun to adopt 40 Gigabit Ethernet ahead of any formal standard.

For example, the Joint Academic Network that connects universities and other academic institutions upgraded its backbone links in London's Docklands in early 2006 from 10 to 40 Gigabit Ethernet.

Traditionally a Lan network protocol, Ethernet has been gaining ground in Wan and metropolitan networks as security and reliability features have been added to make it a robust end-to-end network protocol.

Ethernet was developed in the mid-1970s at Xerox's Palo Alto Research Center, birthplace of the mouse and all windows-style operating systems.

It originally ran at 3Mbps. Since becoming the de facto Lan protocol it has been upgraded from 10Mbps to 100Mbps, 1 Gigabit Ethernet and latterly 10 Gigabit Ethernet.
Got a news tip for our journalists? Share it with us anonymously here.
Copyright ©v3.co.uk
Tags:
100gb 40gb and backs ethernet hardware ieee