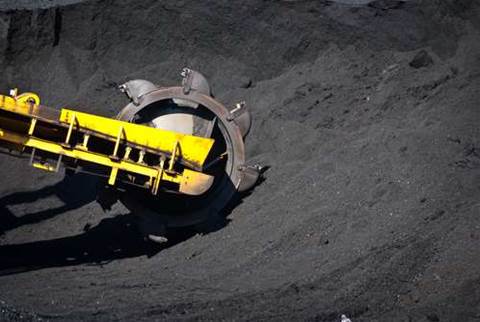 The firm, which is the Australian subsidiary of Japanese energy giant Idemitsu Kosan, is on the home stretch of implementing a three-year IT plan that has seen it centralise IT operations in Brisbane and appoint its first ever ICT manager, George Blake.

He is one of only two ICT employees. The other, a business analyst, runs Idemitsu Australia's SAP environment, which is used for financials, materials management and maintenance.

The pair are supported by "boutique" outsourcers - Atlantic Digital for IT infrastructure, Stream for the SAP environment and ETC Systems for other enterprise applications.

"About three years ago, Idemitsu had independent consultants come in and look at all of their IT systems and come up with an IT strategy," Blake told iTnews in advance of the CIO Strategy Summit on the Gold Coast this month.

"The first thing on the list for the three-year plan was recruit an IT manager, which was me. So I've been working through that three year plan [since]."

Blake's early work was focused on developing IT policies and centralising as much of Idemitsu's IT infrastructure as possible.

The firm set up a Brisbane data centre to house upgraded systems including a "single firewall, single mail server [and] single database server", and upgraded telecommunications links to its coal mines.

Blake also initiated a policy that no piece of equipment under Idemitsu's control be outside of its standard warranty.

"We've brought all the equipment up to everything being less than three years old and centralised as much as we can," he says.

Blake says that Idemitsu's staff has generally embraced IT shared services. "It's something new to the businesses and [mines]," he says.

"They've adopted the IT side of [shared services] quite quickly because they didn't have full time IT staff [before].

"They see the big change and see the benefits in the money spent."

The company plans to shake more value out of its investment in central, shared IT services, but first needs to bring together the business processes used by its mine sites.

Idemitsu wholly owns and runs coal mines at Muswellbrook and Boggabri in NSW, though operation of the latter mine, including its process and fleet systems, is fully outsourced to Downer. It is also a joint venture partner in Ensham Resources in Queensland's Bowen Basin.

Blake hopes that the sites can achieve some common ground when it comes to business processes, despite the mix of ownership and operational structures.

"We're mapping out all business processes, understanding why each site does [things] differently and seeing where we can get similarities and get everyone onto the same process," he says.

"Once you have your business processes mapped and standardised, then the whole shared services model really starts to come into its own.

"You're doing everything the same way. You can look at your costs and how can you reduce your costs."

Another major challenge in Idemitsu's structure is the enablement of data sharing between the various coal production environments, partners and contractors.

Blake says he inherited an environment with "no data flows" between process control systems.

Idemitsu employees imported data into "huge spreadsheets" in order to generate coal production reports, such as tonnes shifted or loaded.

Blake has put considerable effort into turning this around - bringing production data to mine and corporate managers as quickly as possible.

"I've been working very hard over the past couple of years with [Corvus. It] basically pulls my data directly off my process control systems into a central database, and I can interrogate that database for any piece of data and compare it against any other piece of data without having to run it through large spreadsheets," Blake says.

"It gives me one version of the truth and it provides management either at the mine level or corporate level with high visibility over production statistics.

"It allows them to look at how the business is going and help make decisions".

Aside from plugging into the process control systems at Idemitsu sites, the Corvus tool is used to take better quality data inputs from key partners across the supply chain, such as a firm that measures coal quality as it "goes onto and comes off the trains" that transport coal from pit-to-port.

"[The coal quality people] have their own database and they would normally just send us a report." Blake says.

"[Now] we can do an XML upload directly out of their system into our system which gives us every single piece of data with regards to that coal as quickly as they can put it in."

Idemitsu is achieving similar results with data generated from the Downer-run Boggabri mine.

"As opposed to a daily report which just gives us the basic information like tonnes shifted, we can get raw data that [Downer is] collecting off their equipment and upload that [into Corvus]," Blake says.

"However [Downer] want to send the data, we configure our system to suit."

Reports generated from Corvus are used to measure coal outputs against targets in Idemitsu's annual plan, which is loaded into the tool.

The next step is to create links between Corvus and SAP - essentially between the company's production reporting and finance systems.

"While I can pull data out of SAP and load it into Corvus and do cost modelling, that's not what the [Corvus] system is for," Blake says.

"We'll tie [them] with some sort of utility at a later date."

That date is shaping up for sometime in 2013. Blake says it's likely the firm will look at a utility like "Business Objects or TM1", allowing it to "pick data from both of those databases and do comparisons."

Idemitsu Australia is also in the process of planning and making several communications systems upgrades.

The company is in the process of rolling out a groupwide VoIP telephony system that will include the fully-outsourced Boggabri site, which is so remote that there are no existing fixed-line phone services.

The company is also examining the implementation of a single groupwide radio system.