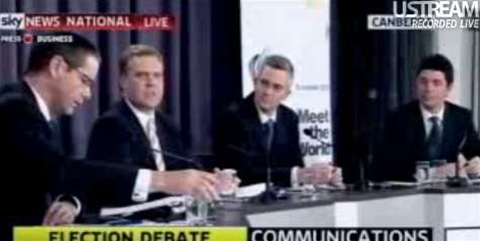 It was also one of the first chances the press would be given to question Smith on the Coalition's alternative plan to the NBN, announced just two hours prior.

Click below to see a replay of the debate and iTnews' commentary.