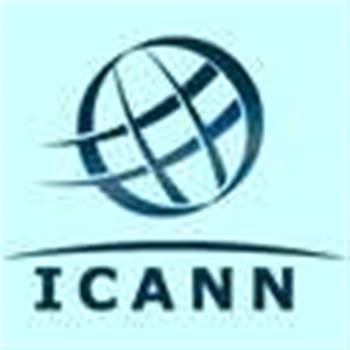 "Unacceptable uncertainty over the future" of the Public Interest Registry cited.

In a surprise move, the Internet Association of Assigned Names and Numbers has withheld its consent for the controversial transfer of the Public Interest Registry, in charge of 10.5 million .org domain names, from the Internet Socity to private equity firm Ethos Capital.

ICANN is the US-based not-for-profit tasked with managing databases that detail the name and numerical spaces of the internet.

The organisation and had to either approve or withhold the changing the control of PIR by May 4 this year, after ISOC had submitted to transfer management of the generic top-level domain (gTLD) registry in November last year.

ICANN came under pressure from the State of California Attorney-General Xavier Becerra in April this year to exercise its authority to withhold approval for the deal, a move that lengthened the organisation's deliberation time frame for the decision to pass over control of PIR to Ethos Capital until May 4.

The Californian AG expressed serious concerns around the deal, which was struck last year after ISOC reached an agreement with Ethos Capital to acquire PIR and all its assets after secret negotiations with the computer society.

News that ISOC had sold .org to a private equity firm specifically set up for the acquisition, and which was run by former ICANN executives and domain name industry veterans, sparked off a firestorm among registrants and Internet luminaries, who feared the deal would result in large registration price hikes for not-for-profit organisations.

PIR manages .org with more than 10.5 million domain names, and six other gTLDs.

In withholding its consent for the shifting PIR to Ethos Capital, ICANN's board chair Maarten Botterman pointed several factors that the organisation said would create "unacceptable uncartaintiy over the future of the third largest gTLD registry."

Chief among these was the change of direction for PIR.

"A change from the fundamental public interest nature of PIR to an entity that is bound to serve the interests of its corporate stakeholders, and which has no meaningful plan to protect or serve the .org community," Botterman said.

ICANN felt it wasn't reasonable to contract with a different type of entity than the not-for-profit Internet Society that has responsibly operated the .org registry for nearty twenty years and which has protections for its own community embedded in its mission.

Financially, ICANN noted that a US$360 million debt instrument that PIR would be burdened with by the deal would have to be serviced, with returns provided to share holders.

This, ICANN said, further raises the question how .org registrants will be protected or benefit from moving ISOC to Ethos Capital control.

Additional uncertainties that made the deal unpalatable for ICANN included a proposed Stewardship Council to be set up by PIR and Ethos Capital would be truly independent, and why the .org registry needed to change its current corporate status in order to pursue new business initiatives.

Relying on ICANN as the backstop for enforcement of disputes beetween .org registrants and the Ethos Capital owned PIR was also untested.

Even if today's decision to withhold consent has halted the deal, Ethos Capital and PIR can apply to court for control over the .org domain registry, ICANN's board noted in the resolutions at its special meeting today.