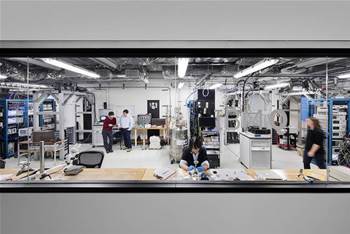 IBM is hoping to use quantum computing to significantly expand the analytics power of its Watson cognitive technology and power a new wave of industrial innovation.

The company today said it would embark on an initiative to build “commercially available universal quantum computing systems” under the ‘IBM Q’ brand.

In addition, it said it would create cloud-based services that were underpinned by quantum processing power.

“While technologies that currently run on classical computers, such as Watson, can help find patterns and insights buried in vast amounts of existing data, quantum computers will deliver solutions to important problems where patterns cannot be seen because the data doesn’t exist and the possibilities that you need to explore to get to the answer are too enormous to ever be processed by classical computers,” IBM said in a statement.

“With Moore’s Law running out of steam, quantum computing will be among the technologies that could usher in a new era of innovation across industries."

The computing giant said this "leap forward" in computing could lead to the discovery of new pharmaceutical drugs as well as improved existing medicines.

Last May IBM created a platform that enables users to run experiments and simulations on a quantum processor built by its researchers.

The company recently upgraded the platform with a "simulator capable of handling up to 20 qubits”. A qubit is a unit of quantum information.

IBM has previously said it expects commercial quantum computers to be at least a decade away, owing to challenges around processing accuracy and “error correction”.

The company said it had assembled a new ‘IBM Research Frontiers Institute’ consortium to “explore what the future of quantum computing may mean for their organisation and business".

The first members are mostly heavy industrial firms based in South Korea and Japan, and include Samsung, JSR, Honda, Hitachi Metals, Canon, and Nagase.