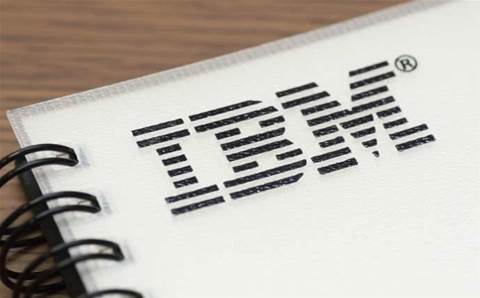 Half a billion dollars down in FY14.

IBM Australia's revenue plunged more than half a billion dollars in 2014, falling $594 million from the previous year down to $3.5 billion.

According to the vendor's figures for the year ending 31 December 2014 – made public last month in a filing to corporate regulator ASIC – its largest division, services, took the biggest hit.

Services revenue dropped $515 million, going from a $3.1 billion business in 2013 to $2.6 billion in the year ending last December.

While the Australian arm of the US vendor declined to comment on the results, ANZ acting channel leader Paul Richardson referenced IBM's recent investment in new markets.

"As part of our transformation, IBM is investing in cloud, analytics, social, mobile and security that deliver higher value and innovation to our clients," he said.

"The strategy is paying off, with these strategic imperatives now representing US$25 billion and 27 percent of our revenue.

"In Australia last year, our investment in these areas included the opening of the SoftLayer data centre, IX Studio, Mobile First and Bluemix Labs."

According to Reuters, Big Blue has been busy in recent years getting rid of low-margin operations such as cash registers, low-end servers and semiconductors, in order to focus on emerging fields like security software and cloud.

However, the transformation hasn't yet halted the slide in revenue either internationally or locally, with reports last month of some investors losing patience and agitating for action. In January, IBM was forced to deny reports of a plan to lay-off 112,000 employees.

The once-dominant technology company has seen its fair share of bad news in recent times. Last month, the global entity racked up its 12th consecutive quarter of falling revenue, while the Australian arm lost a $242 million services contract with the federal Department of Health to New Zealand IT provider Datacom.

In February, IBM chief executive Ginni Rometty acknowledged the hardships of transformation to partners, while predicting growth in the year ahead. In the same month, the vendor brought back performance bonuses for its top executives, including Rometty, which had been voluntarily frozen the previous year.

Got a news tip for our journalists? Share it with us anonymously here.
Copyright © CRN Australia. All rights reserved.
Tags:
finance ibm australia paul richardson