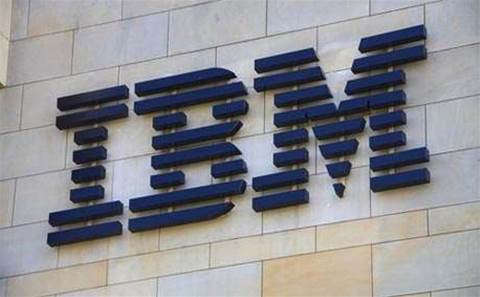 IBM has posted its 14th quarterly revenue drop in a row, as efforts to offload low-margin businesses fail to turn around the IT giant's ailing fortunes.

The company has also cut its full-year profit forecast, blaming a stronger US dollar and associated weakness in demand from China and emerging markets.

"This is another example of the massive headwinds that large-cap traditional tech stalwarts are seeing in this ever-changing environment, as more customers move to the cloud," FBR Capital Markets analyst Daniel Ives said.

China was particularly hard hit, with fewer big deals causing revenue from that country to fall 17 percent, IBM's chief financial officer said on a conference call with analysts. Sales in Brazil, Russia, India and China combined were down 30 percent.

IBM, which gets more than half its business from overseas, said overall revenue from continuing operations was cut 9 percent by a strong US dollar, which is up about 17 percent from a year ago against a basket of currencies.

Martin Schroeter, IBM's CFO, pointed to weakness in its consulting and storage businesses for the revenue shortfall, after taking currency moves and discontinued business into account.

"I would characterise it as the consulting and systems integration business moving away from these large, packaged applications and the storage business moving to flash and to the cloud," Schroeter said.

The company is shifting away from hardware to the cloud, much like established rivals such as Oracle and Microsoft. Each is striving to boost internet-based software and services sales to compete with Salesforce and Amazon's web software units.

In August, IBM said it would buy medical image company Merge Healthcare in a US$1 billion deal and combine it with its newly formed health analytics unit, which is powered by its famous Watson supercomputer.

Revenue from what the company calls "strategic imperatives," which include cloud and mobile computing, data analytics, social and security software, rose about 17 percent in the third quarter ended Sept 30.

Yet the new businesses have so far failed to make up for revenue lost to divestitures. The company has been selling low-margin businesses such as cash registers, low-end servers and semiconductors to focus on high-growth areas such as security software and data analytics, besides cloud-based services.

Up to Monday's close, IBM's shares had fallen about 7 percent this year.