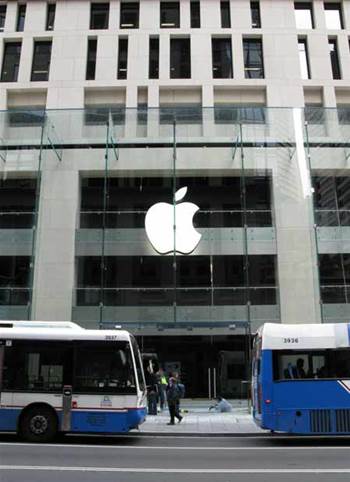 IBM is suing to stop the flight of one of its top engineers to Apple. The company filed suit last week in a US district court to prevent former Blade development VP Mark Papermaster from taking up the position.

In its filing, IBM contends that Papermaster possesses knowledge of trade secrets which could be used by Apple.

As such, the company contends that Papermaster is violating a one year non-compete agreement by taking up a position with Apple.

Much of the suit centers around Big Blue's Power processor architecture. IBM claims that Papermaster's work on the architecture has made him privy to a number of company secrets which could be of use to competitors.

IBM also claims that Papermaster was amongst the company's elite 'Integration and Values Team.' The select committee of 300 executives is responsible for steering much of IBM's corporate strategy.

"The confidential information which to which Mr. Papermaster has become privy based on his membership in the I&VT and his employment with the company represents the product of IBM's substantial investment in research and innovation and is critical to IBM's success," reads the filing.

"Such information is carefully guarded and is not made accessible to the public or to IBM's competitors."

Apple and IBM had worked together throughout the 90's when both firms were part of the PowerPC chip program, which Apple used exclusively in its desktop, notebook and server lines. The company has since moved on to Intel as its primary CPU supplier.

Though the companies tend to occupy separate areas of the market, IBM claims that Papermaster's position at Apple will put him in competition with Big Blue. Apple's sole line of servers, dubbed XServe compete with IBM's line of SMB servers.

The company also points to Apple's purchase of PA Semi when combined with the Papermaster hire is an indication that it will be entering the microprocessor ma rket to compete with IBM.

As such, IBM is suing to block Papermaster's move to Apple until his non-compete agreement expires.
Got a news tip for our journalists? Share it with us anonymously here.
Copyright ©v3.co.uk
Tags:
appleclaimscompanyhardwareibmibmspapermaster