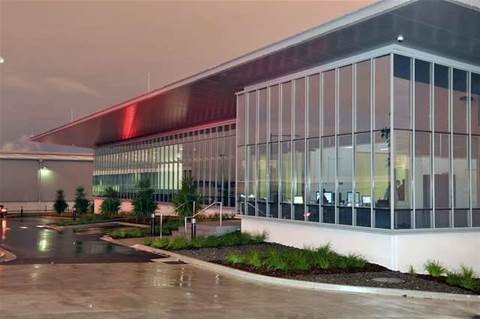 IBM has opened an NZ$80 million ($61.2 million) data centre on the outskirts of Auckland, hoping to close down older facilities in New Zealand and attract customers before the likes of NextDC and Vocus open their own Kiwi facilities.

The 5,200 square metre facility in Highbrook Business Park, announced 18 months ago, will be used to progressively phase out IBM’s use of a third-party facility in central Auckland and complement a second IBM facility in Wellington.

It uses a combination of free cooling (use of ambient outside air) and filtered rainwater to cool computing equipment.

IBM also boasts that it offers a centralised energy consumption analysis system to adjust use of power, water and diesel in real-time.

Its 1500 square metres of server room space can fit around 720 server racks and IBM expects it to meet local demands for the next 15 years.

IBM will allow business partners to use the facility to offer white-labelled cloud computing solutions via IBM virtualisation, auto-provisioning, metering and billing solutions hard-baked into the infrastructure.

"If you're going to [offer cloud computing services] you need more than a warehouse with a fridge in it,” explained Paul Douglas, executive director of IBM's integrated technology services unit. “You need something of great quality".

Douglas noted that most vendor investment in refreshing data centres has been across the Tasman in Australia.

"There aren't a lot of data centres in New Zealand and many of the facilities are ageing,” he said. “The cost of retro-fitting them to modern standards means it's easier to build a greenfield site.

“New Zealanders are parochial and want to make sure that their data is onshore,” he said. “The theory of cloud is that data can be anywhere but market research shows that Australia and New Zealand are highly trusted countries.

"We can assure people that their data is onshore and deal with network latency issues as we're so far away [from overseas data centres]".

IBM will be pitching the facility to large organisations for disaster recovery.

"There are some larger organisations with just one data centre,” Douglas said. “If a fire or earthquake hits... they could failover to us. We're putting in infrastructure like virtual server recovery for that."

A great deal of attention has been paid to physical security in the hope of attracting government clients. The surrounding area is wide open, fence-lines are secured, a guard booth protects the entry point and there are multiple reinforced concrete barriers in place to prevent ram-raids.

Given the recent earthquakes and continuing aftershocks in Christchurch, there is a lot of focus on service availability in New Zealand. Highbrook is removed from the Auckland CBD in an area said to be low-risk seismically.

IBM said the data centre has been designed so that it can run indefinitely without connection to the main power grid using UPS and its own generators, with enough fuel storage to run for several days.

The data centre is connected to only one nearby sub-station, as New Zealand's power system is not designed to deliver separate feeds to a given facility.

IBM said there is provision for a second power feed built into the centre should the power grid be expanded in future.

IBM has opted to ignore global standards around reliability ratings and developed its own rating system - the IBM Reliability Level.

This allows Big Blue to pin a rating on its data centres that can't be independently checked against other facilities.

By its own standards, IBM considers the Auckland facility to be 'Level 3+', which means it offers two mains power supplies, two UPS power systems and multiple generator power supplies.