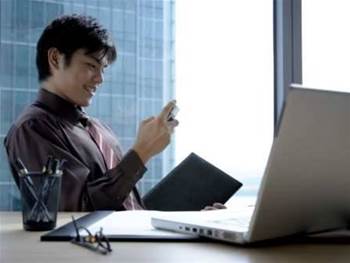 The aim is to help businesses struggling with the complexity of integrating their own communication systems because of a lack of IT expertise.

"Until now, the complexity and cost of creating an IT solution combined with unified communications [UC] and IP telephony capabilities have been a deterrent for small businesses," said Caleb Barlow, IBM Lotus Foundations director.

The company explained that the UC set-up will provide small businesses with similar capabilities to enterprise customers in deploying Lotus Sametime.

The tools will come in the form of an appliance called Lotus Foundations Reach (LFR), which the company claimed is small enough to fit under a desk and can be installed and configured in less than an hour.

"With LFR, IBM enables telephony partners to combine their technologies with IBM's UC solution to create a comprehensive offering that is affordable and simple enough for the smallest of businesses to use," the firm said.

The platform will include UC features such as instant messaging, presence awareness to see who is online and available, email, calendars, contacts, office productivity tools, network security, remote access, file and print sharing, backup and disaster recovery. Customers will also be able to access the capabilities from a mobile device.

IBM said that the launch is a testament to its further commitment to the small business market.

SAP, meanwhile, IBM's principal competitor in the SME space, announced yesterday that 75 per cent of its customers, or roughly 66,000 businesses, fall into the SME category.

"SME customers are increasing their investment in IT and investing more than large businesses because they are growing so fast," said Bobby Vetter, SME business development president at SAP.

Vetter added that SME investment is mainly in collaboration and content management tools to allow staff to share information.

Stephen Read, UK director of SMEs at SAP, added that the firm intends to expand its offerings in integrated collaboration solutions, such as telephony.

Got a news tip for our journalists? Share it with us anonymously here.
Copyright ©v3.co.uk
Tags:
businessescustomersibmsmesoftware